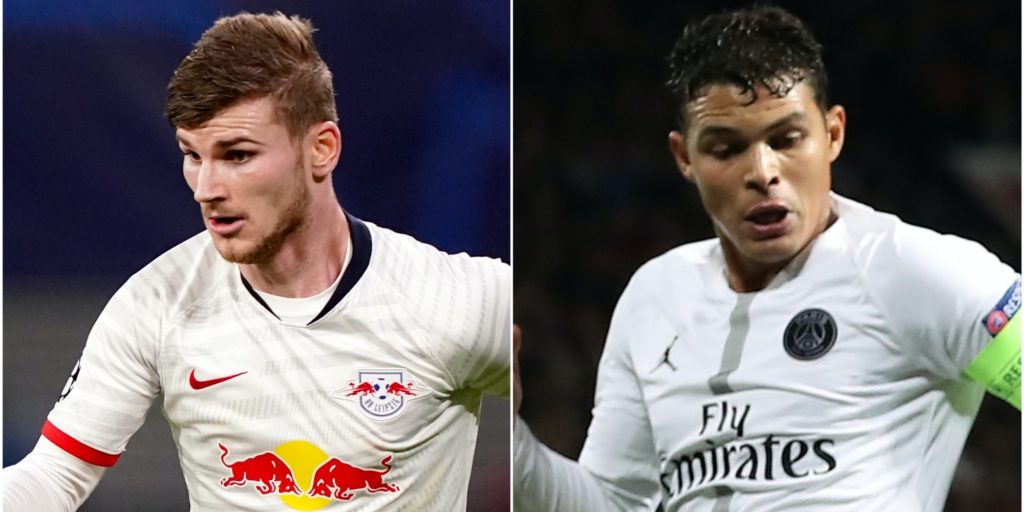 Timo Werner looks set to confirm a move to Stamford Bridge while Tottenham enter the race for Thiago Silva.

Timo Werner‘s transfer from RB Leipzig to Chelsea is reportedly set to be finalised this week. According to the Evening Standard, the German striker’s GBP 53million deal will be official within days, with the Blues believed to be in the process of smoothing over a few minor contract issues raised by the coronavirus pandemic.

Tottenham are reportedly setting their summer transfer sights high, with Paris St Germain and Brazil skipper Thiago Silva atop the club’s wish list. According to The Sun, Spurs boss Jose Mourinho views the 35-year-old as a key instrument in helping to boost the side’s defensive capabilities.

The Daily Mirror says Leicester have entered the race for Burnley and England centre-back James Tarkowski. The pursuit of Tarkowski’s signature is now set to heat up, with Crystal Palace reported to also be very interested in the 27-year-old.

Juventus are believed to be considering a four-player swap deal for Chelsea’s Jorginho and Marcos Alonso, according to the Daily Express. The paper says the move is fuelled by doubts over the future of Juventus’ current midfielder Miralem Pjanic.

The Daily Mail reports Norwich are getting close to a deal for Sunderland’s 18-year-old full back Bali Mumba.The paper says the transfer cost is GBP 500,000, but that number is expected to rise with performance-related bonuses.

Morgan Schneiderlin: Nice are preparing to make a GBP 2m bid for the Everton and France midfielder, according to the Daily Mail.

Achraf Hakimi: AS, via The Sun, says Manchester City are keeping a close eye on the Real Madrid right back, who is currently on loan at Borussia Dortmund.