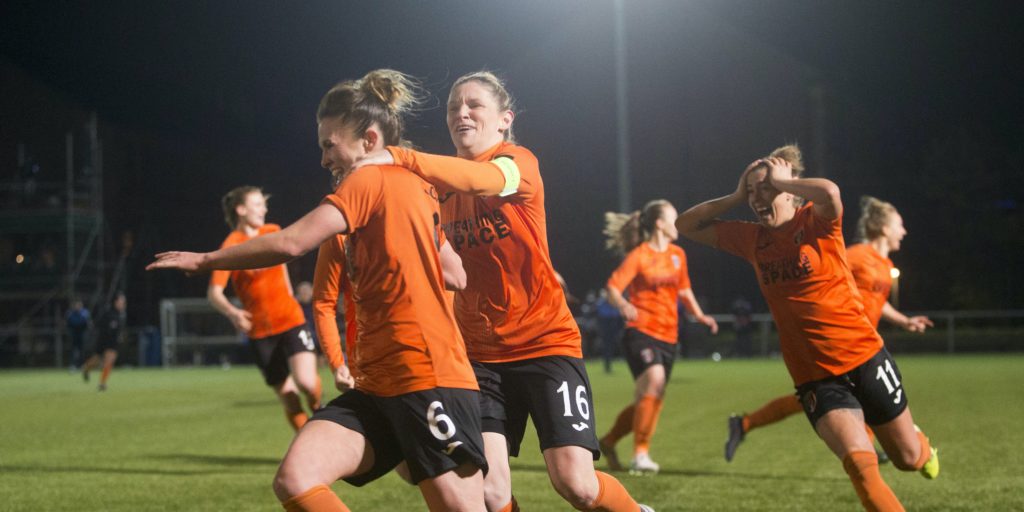 Glasgow City say they must be allowed to return to training as soon as possible after UEFA announced a Women’s Champions League mini tournament in August.

City will take on newly-crowned German champions Wolfsburg in a one-off quarter-final on August 21/22 in either Bilbao or San Sebastian.

However, all Scottish football activity is currently suspended with the exception of men’s top-flight first-team squads, who are limited by social-distancing rules.

Wolfsburg have clinched their fourth consecutive title after the Frauen Bundesliga resumed, while a start date for women’s game in Scotland appears some way off.

“We know given the stringent protocols required for the resumption of training and playing in Scotland, it is most likely going to delay the commencement of our league with any real significance until much later in the year.

“This is understandable as for all clubs, the cost of testing, irrespective of the other safety measures required, simply makes it financially very challenging to return.

“However, for ourselves, we have no choice. We somehow must return and are currently working towards that.

“We have the biggest game possible against one of the world’s very best sides in only two months time and the prospect of further UEFA competition soon after as we enter the Champions League for 20/21.

“Not returning to train is simply is not an option for our club and also for the integrity of the Scottish game as we proudly represent our nation in the biggest and most elite club competition in the world.”