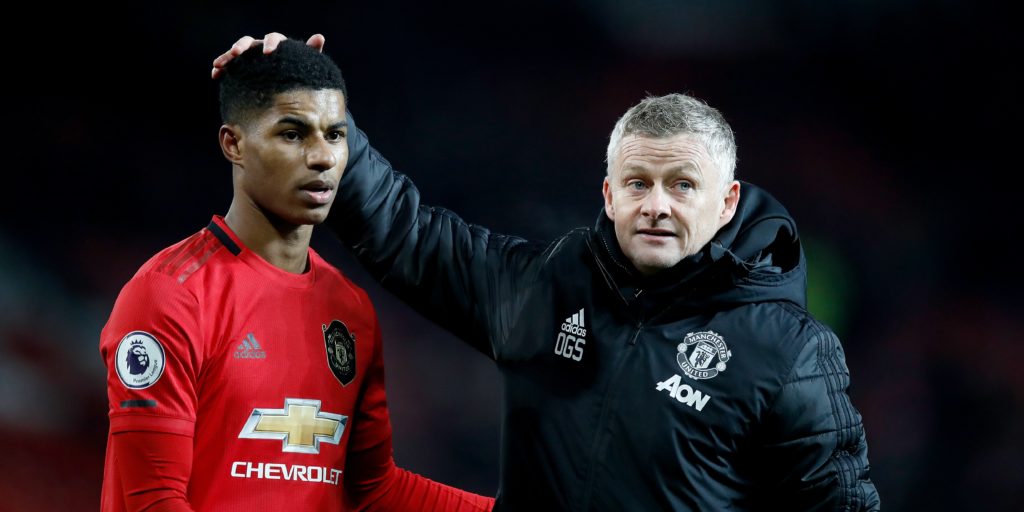 Ole Gunnar Solskjaer is immensely proud of Marcus Rashford’s work during the lockdown, saying the Manchester United forward’s help in improving children’s lives is more important than anything he will do on the field.

It is not often you can say the most popular player in the country lines up for the Old Trafford giants, but the 22-year-old has gone above and beyond throughout the coronavirus crisis.

Rashford helped raise GBP 20million to help feed vulnerable children during the lockdown and this week wrote an open letter to MPs urging the Government to reverse its decision not to award free school meals vouchers in England outside of term time.

The England international’s impassioned and relentless work helped prompt a Government U-turn, with the establishment of a GBP 120 million ‘Covid Summer Food Fund’ that will benefit some 1.3 million children.

United boss Solskjaer said: “It’s an honour to have Marcus and what he’s done during this lockdown has been unbelievable.

“When he can help so many people that need it, so many kids. He’s shown, he’s taken from his own experience when he was a kid.

“I know how much it means for the kids and we, as a club, are immensely proud of him.

“He’s obviously a top footballer but he’s also a fantastic human being – a future leader, a future captain, maybe, of England, Man United, who knows? But he’s already captained the team at the age of 22, 23.

“We’re really proud of him and his family must be so proud as well of what they’ve achieved.

“What Marcus has done has been incredible, with his family, with his own personality, of course.

“Marcus has always been a great human being and coming up through the academy, I think the club recognised that early on and gave him chances.

“Of course, we saw the talent, but you need to be a really good human being as well to come all the way through.

“He’s changed the lives of so many kids this summer, which is more important than any game of football he’ll probably play so hopefully he’ll can keep both sides going as well as he is doing now.”

Solskjaer is not only proud of Rashford’s work but the way football is throwing its full force behind the Black Lives Matter movement.

Not only did Black Lives Matter replaces the names on the back of shirts in Wednesday’s matches, but players made a powerful message of solidarity by taking a knee before kick-off.

“I think it’s been an event in history that has changed people’s views and of course the movement now,” Solskjaer said ahead of Friday’s trip to Tottenham.

“I think we all know that this shouldn’t happen in 2020, what has been happening.

“Players and Premier League teams have all made a stand and say ‘enough is enough’.

“I think that’s good and I don’t expect anything different from ours.”

The trip to face Tottenham and former manager Jose Mourinho is a mouth-watering prospect as United return to action for the first since winning behind closed doors at LASK in the Europa League on March 12.

Solskjaer confirmed Phil Jones and Axel Tuanzebe will miss Friday’s match and the beginning of ‘Project Restart’ through injury, but Rashford and Paul Pogba are available after lengthy spell on the sidelines.

Odion Ighalo can be called upon for the rest of the season after United agreed a loan extension with Shanghai Shenhua, but talented teenager Angel Gomes’ contract is set to expire at the end of the month.

“He’s a top, top kid that we’ve had in the club for so many years and we’ve offered him a deal,” Solskjaer said of the academy graduate, who was given his debut by predecessor Mourinho aged 16 in May 2017.

“Hopefully he’ll take that. If not, I wish him all the best.

“Hopefully from what I understand it’s not too far away. If not, we’ll wish him all the best.”