Michael O’Neill urges Stoke to adapt to lack of atmosphere 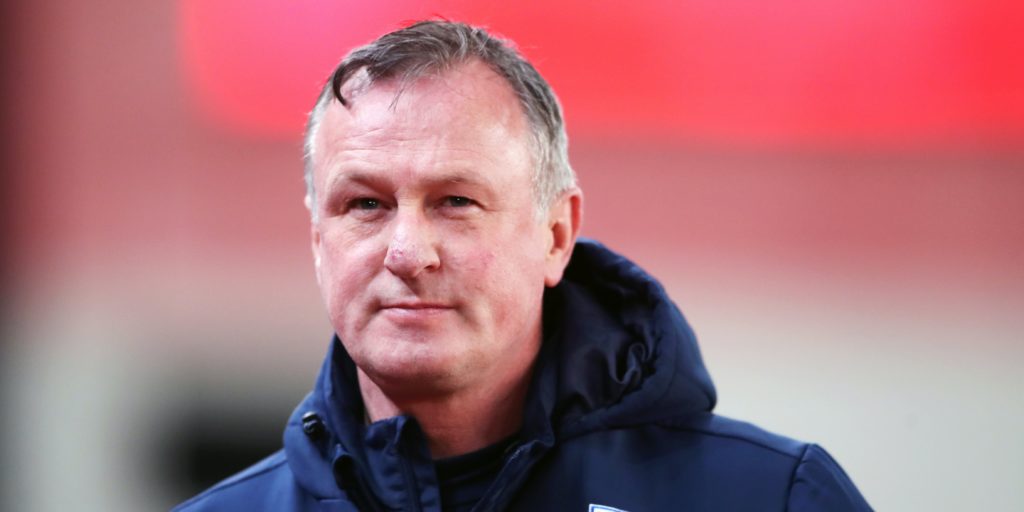 The Potters needed a late equaliser.

Stoke manager Michael O’Neill has told his players that they must not use the lack of atmospheres at near-empty stadiums as an excuse in their battle against Championship relegation.

O’Neill had tested positive for coronavirus and self-isolated but returned to the dugout for Stoke’s late 1-1 draw at Reading.

Reading went ahead in the seventh minute through Lucas Joao and struck the crossbar from a John Swift free-kick.

Tyrese Campbell hit a post for Stoke, who levelled in the second minute of stoppage time from a Nick Powell header.

“At times, the game had a bit of a surreal feel,” O’Neill said.

“The players moved the ball a bit slowly and that’s probably a consequence of there being a lack of any natural atmosphere.

“But that’s something the players will have to adapt to. You just can’t allow that to disrupt your focus because of what’s at stake here.

“The relegation issue was always going to be tight. We’ve had a lot of draws and that’s been frustrating.

“That was a vital late goal for us obviously. But I think that we deserved something from the game.

“I thought that we were the much stronger team in the second half and the substitutions that we made were very positive.

“It was a well-earned point and it’s always difficult when you go behind.

“And when it’s behind closed doors, that makes it much more difficult. So I think we deserved to get the draw.

“I’m feeling fine (after self-isolation). I’m certainly feeling better as a result of our late goal.

“I’ve not had any symptoms and I’m very grateful for that, especially with everything that other people have had to go through with this virus.

“I feel fit and healthy. It was good to be back.”

“That was very frustrating and disappointing,” the Welshman said. “We got in good positions and created good chances.

“But, at times, our decision making should have been better. And then it gets to the stage where you’ve got to see the game out.

“We should have been more organised towards the end.

“I thought that more than one or two of our players stood by when the corner came in, thinking that someone was going to head it – instead of doing their jobs properly.

“That lack of concentration at a vital time cost us. It’s just so frustrating.

“Lucas Joao’s injury, after he’d got his goal, is also frustrating for him.

“He didn’t feel anything pull or snap. He just felt it stiffen up really quickly. No doubt that he’ll have to have a scan.”