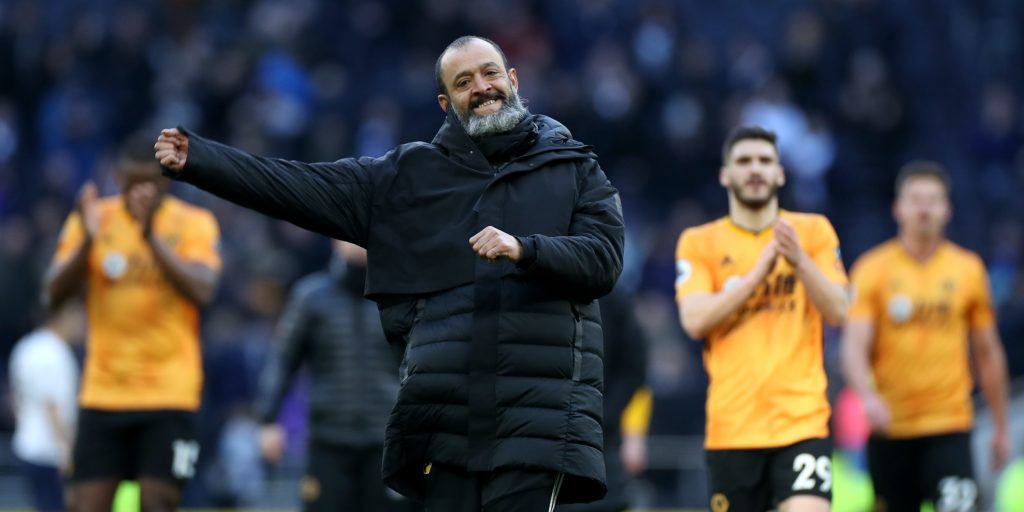 The Portuguese boss has one year left on his contract having joined Wolves in 2017.

Wolves boss Nuno Espirito Santo is ready to talk to the club about a new contract.

The 46-year-old’s deal expires next year and he was linked with Arsenal in November before Mikel Arteta’s appointment.

He has previously said Wolves was “his life” and has guided the club from the Sky Bet Championship to the brink of the Europa League quarter-finals in three years.

Nuno, who signed his latest contract in 2018, insisted no talks have taken place during the break, enforced by the coronavirus pandemic, but believes there is now an opportunity to open discussions.

“Now we are back we will have time to talk,” he said, ahead of Saturday’s trip to West Ham.

“When you have something so serious to take care of you don’t think about anything else. During the pandemic, everyone was thinking about their own families.

“We are still under contract and we are here and it is good to be here.”

Nuno was appointed in May 2017 and led the club back to the Premier League in his first season in charge.

They finished seventh last season and currently sit seventh ahead of Saturday’s trip to the London Stadium.

Wolves also need to resume their Europa League campaign having drawn 1-1 with Olympiacos in Athens in March, their last match before football was shut down.

It will be played as a mini-tournament at four venues in Germany – Duisburg, Dusseldorf, Cologne and Gelsenkirchen – with the final in Cologne on August 21.

“We are excited to come back and excited we can count on everyone. The work the medical department has been doing taking care of us is amazing,” said Nuno.

“It’s difficult to speak about something which is so far away (the Europa League). It’s better to have a date, we know what we are going to face and we’ll leave it there. We focus on West Ham.”