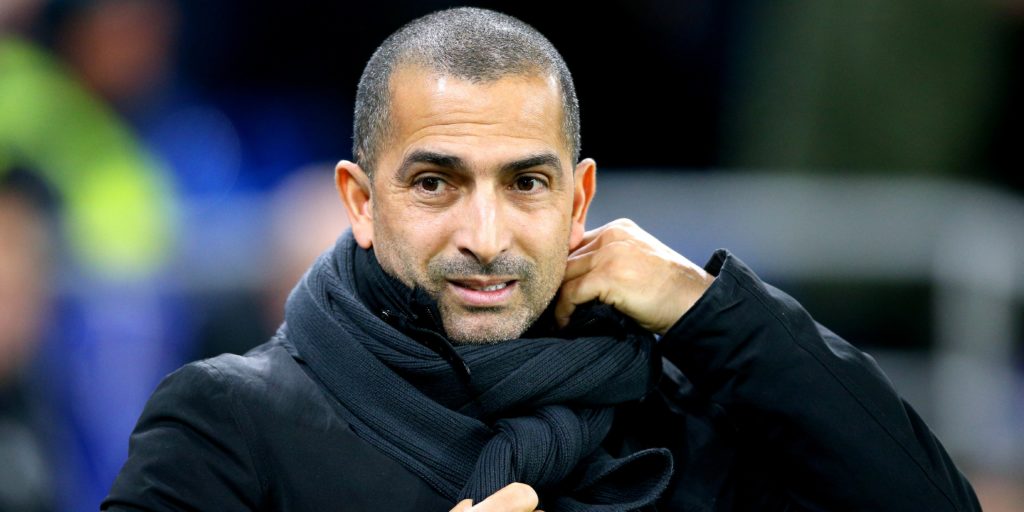 Forest looked like making a perfect start on their league resumption at Sheffield Wednesday.

Nottingham Forest head coach Sabri Lamouchi has called on his side to write their own history and book a Sky Bet Championship play-off spot.

Forest looked like making a perfect start on their league resumption at Sheffield Wednesday but they were pegged back in the third minute of injury time and had to settle for a 1-1 draw.

Joe Lolley put them ahead in the 69th minute but they succumbed to Connor Wickham’s header at the death.

Lamouchi, who signed a new contract on Friday, would have seen his side move eight points clear of seventh-placed Blackburn with three points, but has urged them to get the job done in the remaining eight games.

“Unfortunately we can’t celebrate my contract with the three points,” he said. “Maybe next week I hope.

“My first choice was to continue and to try and achieve our target all together. I feel at home here but I don’t think it is the right time to talk about it.

“I am disappointed about the two points we missed. We have a fantastic challenge until the end.

“We just want to achieve our target. We want to play in the play-offs and we should give our best for that. When you are at Nottingham Forest you have pressure anyway.

“The best way was to start with the three points today, unfortunately not. But a point is a point.”

A point was the least Wednesday deserved from the game as they should have been in front by the time Lolley struck.

They created a host of chances, none better than when Jordan Rhodes hit the post and Kieran Lee was only denied from the rebound by a spectacular goal-line block from Joe Worrall.

Garry Monk’s side have little to play for in their remaining games, barring a possible EFL points deduction which could see them dragged into a relegation fight, but the boss was enthused with what he saw from his side.

“I was really pleased with the performance,” he said. “I thought massive parts to that game was stuff we have been working on.

“Really unfortunate not to have taken the lead, we had some big chances. We came fighting back and you saw that the last 15 minutes. I was pleased with the reaction.

“I thought overall considering all the preparation we have done, I thought it was a good performance, there were a lot of really good things in it.

“I thought what let us down was our final third decisions, we looked rusty in decision making and our execution. We controlled the game with possession and we defensively we didn’t suffer.

“We had opportunities to take the lead, that is a one in a 100 block, you have to give the defender credit.

“Great character, we got our deserved goal. There was a lot of positives, the least we deserved was a point, on another day it would have been all three points.”