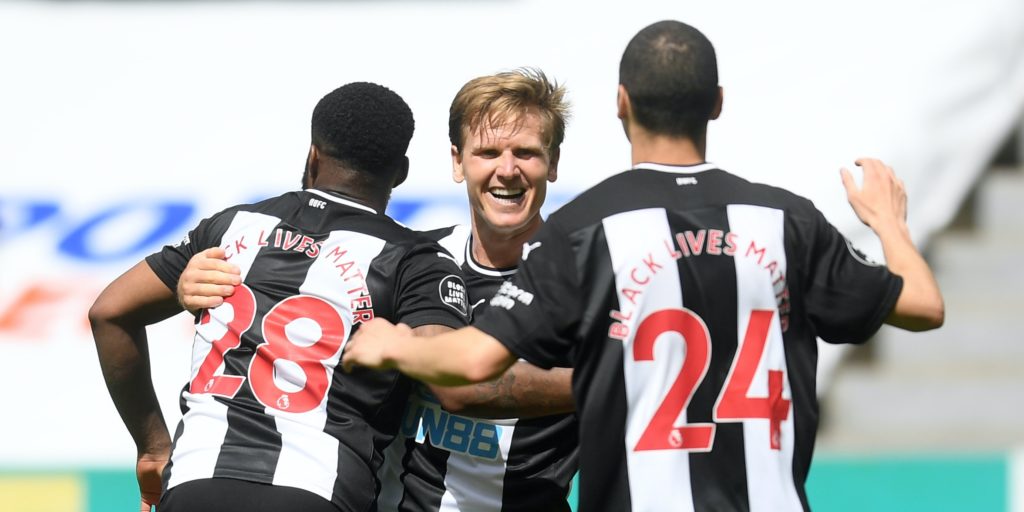 The vocal midfielder scored in the Magpies’ win over Sheffield United on Sunday.

Matt Ritchie has vowed to carry on ranting even if his Newcastle team-mates keep telling him to shut up.

The Magpies announced their return to action in style with a 3-0 Premier League win over high-flying Sheffield United on Sunday, where Ritchie’s running commentary was clearly audible to the few inside St James’ Park.

However, the midfielder, who scored his side’s second goal with a rasping drive, is making no apologies for the endless stream of instruction and encouragement as he attempts to keep both himself and those around him on the ball.

Ritchie said with a smile: “Yeah, I realise anyone watching on telly without the crowd noise will have heard me. No-one should be surprised about that.

“I like to think I help others, but in some ways, it is quite selfish because if I am always demanding high standards from everyone else, then that puts me in a position whereby I am opening myself up for criticism if I do not do that myself.

“Shouting gets me at it. It is a way of getting me into the zone, fully focused. My mind is solely on what is best for the team, I try and help others, keep at them.

“The lads are used to it because I’m like that day in, day out on the training ground. They are all probably sick of it to be honest.

Ritchie will no doubt be just as vocal as Newcastle attempt to break through the 40-point barrier for the season with seven games remaining when Aston Villa head for Tyneside on Wednesday evening.

That would represent a creditable achievement for the Magpies under head coach Steve Bruce, whose future has been a topic of conversation in recent weeks amid the ongoing takeover process, although not in the dressing room.

Ritchie said: “It’s no coincidence that everyone inside the game rates him highly. He is doing a fantastic job here.

“He’s got all the lads on board here. We enjoy his training sessions and playing for him. Everyone I know who has played for Steve Bruce has only good things to say about him.

“We are on track for a very good season when a lot of people were predicting the worst. He’s certainly proved them wrong.”