Liverpool on brink of title after emphatic win over Crystal Palace 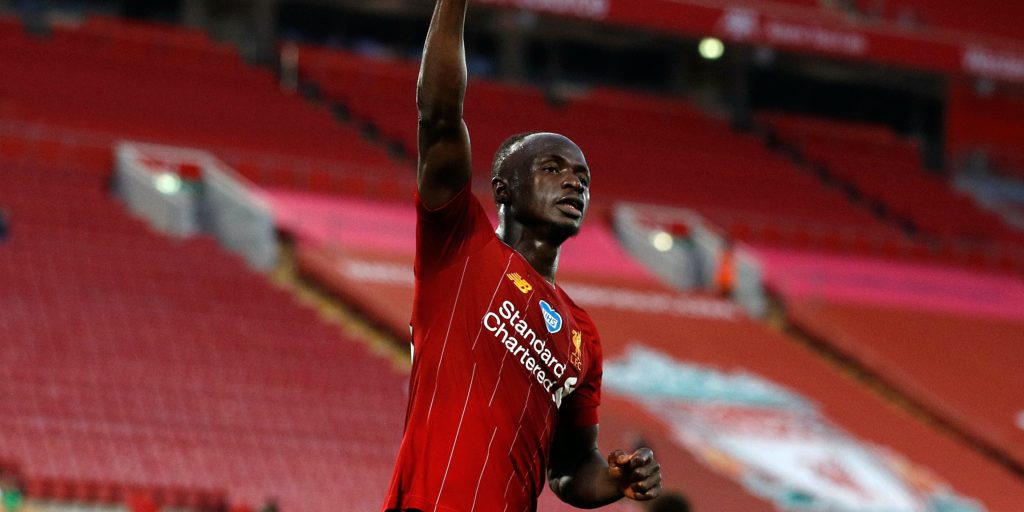 Liverpool roared to the brink of securing the title after a thumping 4-0 win over Crystal Palace at Anfield.

The Reds could even clinch the title in 24 hours if Manchester City drop points at Chelsea.

Alexander-Arnold opened the scoring in the 23rd minute with a spectacular curling free-kick from the edge of the area.

Moments later Jordan Henderson let fly from the edge of the area but his shot was deflected onto a post.

Palace, who lost Wilfried Zaha to injury early on, were breached again just before half-time.

Fabinho lofted the ball over the top, Salah collected it on his chest before smashing it past Palace goalkeeper Wayne Hennessey.

Fabinho made it three with a fierce drive from 30 yards and Mane got in on the act from Salah’s pass to wrap up a performance of champions.

The French forward got off the mark after just seven minutes when he converted Marcus Rashford’s drilled cross at the near post.

Rashford should have made it two when Martial returned the favour but the England striker poked wide.

United defender Harry Maguire nodded in from a corner but the goal was immediately ruled out for a push on Phil Jagielka.

The second goal arrived a minute before half-time, Martial converting a cross from Aaron Wan-Bissaka after a neat interchange between Bruno Fernandes and Paul Pogba, who was making his first start since September.

Martial completed his treble with 16 minutes remaining when he exchanged passes with Rashford before coolly dinking the ball over Blades keeper Simon Moore.

With the match won, Red Devils boss Ole Gunnar Solskjaer made all five of his allotted substitutions at once, with Martial and Rashford among those given a breather.

Ahmed Elmohamady snatched a point for Aston Villa as they drew 1-1 at Newcastle.

Substitute Dwight Gayle had scored with his first touch after Andy Carroll, who had also just come off the bench, provided the cross in the 68th minute.

But another sub, Elmohamady, struck with a header from a corner seven minutes from the end to salvage a point.

It was not enough to lift Villa out of the relegation zone, where they lie along with Bournemouth and Norwich.

Bournemouth were beaten 1-0 at Wolves with Adama Traore, back in the starting line-up after his match-winning cameo at West Ham, predictably the provider with the cross which Raul Jimenez buried with a powerful header on the hour.

But Everton secured a 1-0 win when when Michael Keane glanced in a Lucas Digne corner early in the second half.