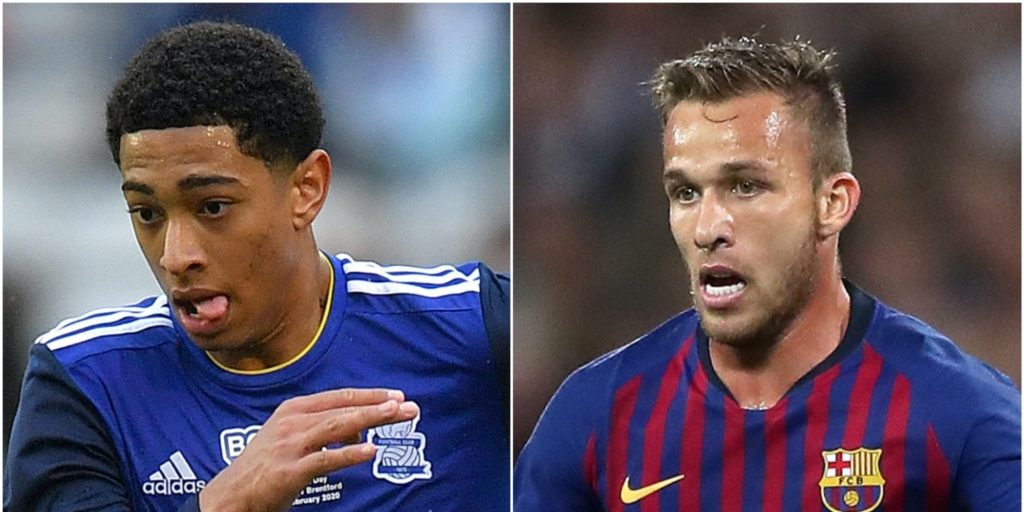 The race for Jude Bellingham tightens while Arthur’s time at Barcelona could be coming to an end.

Bayern Munich have reportedly opted out of joining Manchester United and Borussia Dortmund in the pursuit of 16-year-old Birmingham midfielder Jude Bellingham. Citing a report from German newspaper Bild, The Sun says the newly-crowned Bundesliga champions have elected to pass on Bellingham due to their feeling that he is almost certain to join their rivals Dortmund.

Barcelona and Juventus have reportedly agreed a swap deal for Arthur and Miralem Pjanic. According to The Guardian, the deal also sees the Italian club hand over an additional GBP 9million for Arthur, with the transfer expected to officially take place at the conclusion of the Champions League.

The Daily Mail reports Chelsea winger Pedro is set to join Roma once his contract expires at the end of the season. The 32-year-old recently signed a short-term extension in order to see out the season at Stamford Bridge, however he is already believed to have agreed to a deal in principle with the Italian giants and has been waiting for the club to reduce their wage bill in order to accommodate him.

The Daily Express says Red Bull Salzburg have been fielding a ton of interest for midfielder Dominik Szoboszlai. Arsenal and AC Milan have reportedly engaged with the club over the 19-year-old’s future while Paris St Germain are also believed to be interested.

James Rodriguez: AS reports the midfielder is open to a potential move to Napoli once his Real Madrid contract expires next year.

Jadan Raymond: Leeds have stepped up talks to sign the 16-year-old England youth midfielder, according to The Athletic.