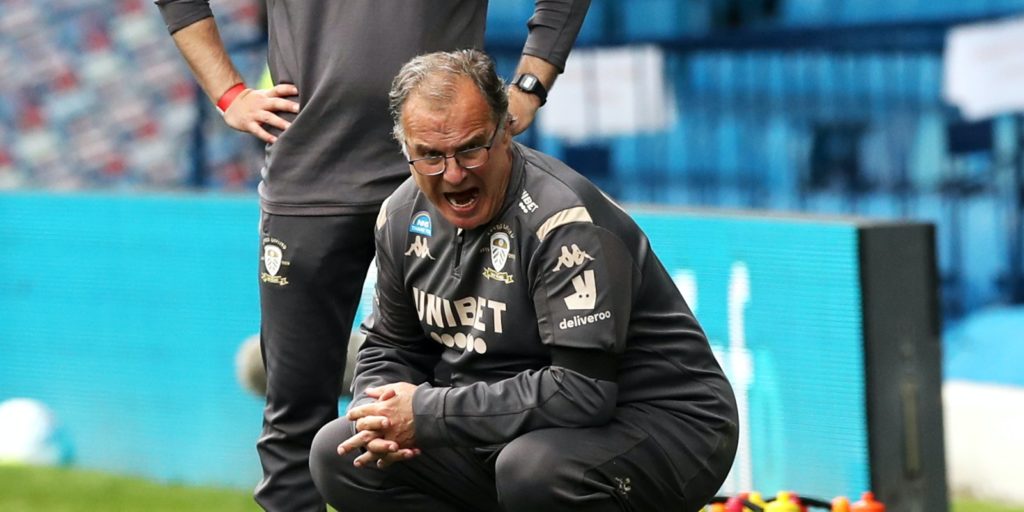 Marcelo Bielsa was reluctant to place too much significance on Leeds’ impressive 3-0 win against promotion rivals Fulham which sent them back to the top of the Sky Bet Championship table.

Patrick Bamford’s 14th goal of the season gave Leeds a half-time advantage before second-half efforts from Ezgjan Alioski and Jack Harrison swept them to victory.

Fulham, who went into the game bidding to close the gap on Leeds to four points in the race for a top-two finish, now sit 10 adrift with seven games to play.

But Bielsa said: “In every match we are going to talk about qualification and the table and it’s very difficult to interpret anything from the circumstance.

“The win was very necessary for us and there were other things that you mention that we had to consider and was part of the match today.”

Bielsa was referring to the minute’s silence prior to kick-off in tribute to former Leeds players Norman Hunter and Trevor Cherry, who both died in April.

Leeds began the game well and took a 10th-minute lead through Bamford, but were then outplayed for the rest of the first period before Bielsa made what turned out to be an inspired double half-time substitution.

Pablo Hernandez and Alioski were sent on for Bamford and Helder Costa and both replacements played a key role as Leeds stepped up a gear.

“In the first half it was difficult for us to recover the ball and open a path,” Bielsa said.

“When we lost the ball near our box, we lost it again and the first half was better for them than for us. In the second half it was better.

“When Pablo came on to the pitch he coordinated well. When we recovered the ball well we found Pablo and he gave our team an option with his accurate passes.”

Fulham, who sit fourth in the table, have lost to promotion rivals Brentford and now Leeds since the season resumed.

Manager Scott Parker admitted his side’s hopes of a top-two finish have been dealt a hefty blow, but insisted his team still had plenty to play for.

“I think that (automatic promotion) is going to be a big ask,” Parker said. “I wouldn’t write it off. We are in a world where the unexpected and surprises can happen.

“We have seen in a short period results in the last couple of games, surprises can come about.

“We came wanting to win the game and to keep that alive and our focus is to still keep going and do that. Our ambition is to keep it going and we’ll do that and push as much as we can.”

Parker said he did not see Fulham striker Aleksandar Mitrovic’s elbow on Ben White early in the game.

The match officials also missed the incident but the Serbia international could now face retrospective action if it is deemed that he showed intent when following through on the Leeds defender.

Parker felt aggrieved that a handball decision went against his side in the first half when the ball appeared to spin up onto the hand of Leeds forward Tyler Roberts.

“The players thought it was a handball,” Parker added. “It did look like a handball instantly. I have not seen it again, would be really unfair of me to say it was.”