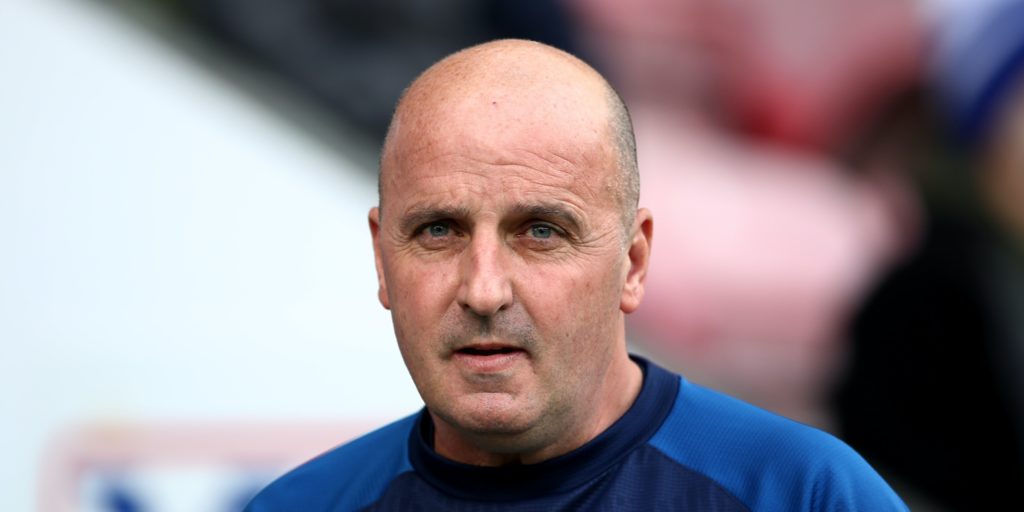 Evans struck in the 80th minute before Jacobs scored in added time.

Wigan boss Paul Cook hailed the “never-say-die attitude” of his players after late goals from substitutes Lee Evans and Michael Jacobs secured a 2-0 win against Blackburn at the DW Stadium.

Evans struck in the 80th minute after Rovers goalkeeper Christian Walton failed to claim a cross, and Jacobs added a slotted finish having raced clear in stoppage time.

Latics, now five points clear of the relegation zone in 17th place, extended their unbeaten run to an eighth game. They have won two out of two since the season resumed and five of their last six matches.

Cook said: “I genuinely felt Blackburn had taken control in the second half, and we go and score that goal at a vital time.

“Great credit to the players – they have this never-say-die attitude at the minute.

“The goal late on gives it, in my opinion, a totally false scoreline – it was never a 2-0, comfortable win. But we are delighted with the three points.

“If we can keep winning the next couple of games, we’ll be in a fantastic position. If we don’t, then the whole picture changes.

“There’s a long way to go and we’ll keep focused.”

Regarding Evans and Jacobs, Cook said with a smile he had “sent them on to defend” and added: “We have quality subs and that is what you need at this level. The substitutions for all teams in this run-in are going to be huge.”

Cook also once again questioned the conclusion to the season, as he had done just over a week ago.

“What I have questioned, you see like Sheffield Wednesday this week possibly losing six players,” he said.

“How can you lose six players in a season and expect to finish with integrity? It’s not correct is it?”

The match was Wigan’s first at home since the restart, and Cook said of playing with no fans in the ground: “I don’t enjoy the games the way they are.

“I’m a big Liverpool fan, as is well-publicised. Football without fans will never be a sport.

“Obviously we must respect what’s going on in the country, which is correct, but hopefully we can get fans back in sooner rather than later.”

While Wigan’s David Marshall kept a sixth successive clean sheet, for Walton it was a disappointing return to a club he had played for in each of the previous two seasons.

When he failed to hold Antonee Robinson’s cross and Evans scored, Walton was under some pressure from Kieffer Moore.

And Blackburn boss Tony Mowbray said: “Chris thinks he was fouled. I haven’t seen it back. He thought he got clattered but I don’t know.”

Mowbray added: “I think we controlled the second half and yet found a way to lose. We did not have enough threat ultimately and we paid for it.”

The result was a blow for Rovers’ play-off hopes, with them now four points outside the top six in ninth. Both they and Wigan have played 39 games.

Regarding the absent Corry Evans and Joe Rankin-Costello, Mowbray said the former has a fractured big toe that will keep him out “for a considerable time”, while the latter’s hamstring problem will probably sideline him for two or three weeks.