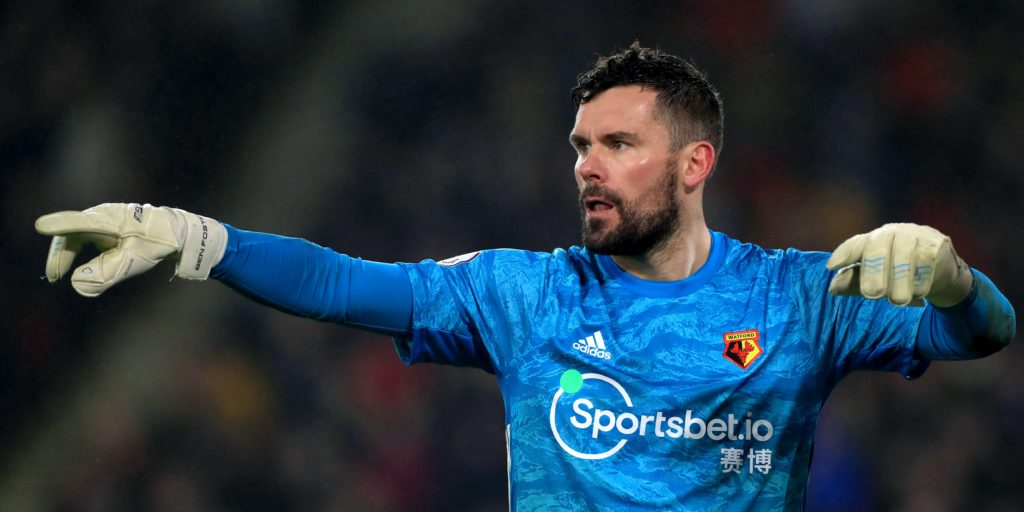 The Hornets have failed to win since the restart and sit one point above the drop zone.

Watford goalkeeper Ben Foster wants his side to recover the form they had after Nigel Pearson’s arrival in December as they battle for Premier League survival.

The Hornets have struggled since the restart following a three-month break due to the Covid-19 pandemic, having taken just one point from their last three matches including a 3-1 home defeat to Southampton on Sunday.

Pearson’s side now sit just one point above the drop zone and Foster wants them to uncover the form that saw them take seven points from four matches following the manager’s arrival.

Speaking after the game, the goalkeeper said: “I think it’s like we need to look at the videos of our first few games, look at what we were doing to get us back into position where we were in contention again.

“The team to me looked like there was a lot more energy around the place all those months ago.

“It seemed to me like there was a lot more drive, a lot more willingness to run and fight and really stick your foot in and it seems to have just disappeared a little bit.

“It’s hard to put your finger on why, we can’t use the fact that everybody has been off for three months as an excuse because everyone’s in the same boat and we have to look at ourselves and ourselves only now.”

Southampton reached the 40-point mark during their victory at Watford and manager Ralph Hasenhuttl believes the side can continue to climb the table.

He said: “We still have six games to go and we have more points now than last season so we are in a good way, we have this record at away games, we have to because our home record is fantastic in the opposite way.

“It’s not interesting where we take the points it’s important that we take it and we did it today in a deserved way and I can feel that the team is playing better now and getting more glee in what they are doing.”

Saints already have more points this season than they have had in total since the 2016-17 campaign, but the manager believes they can still improve on their tally.

Hasenhuttl said: “We are looking for the last six games and we know that we can still take 18 points, although when we have now Man City at home, we can enjoy this game more now because we have the 40 and it’s important for us to take as many points as possible.