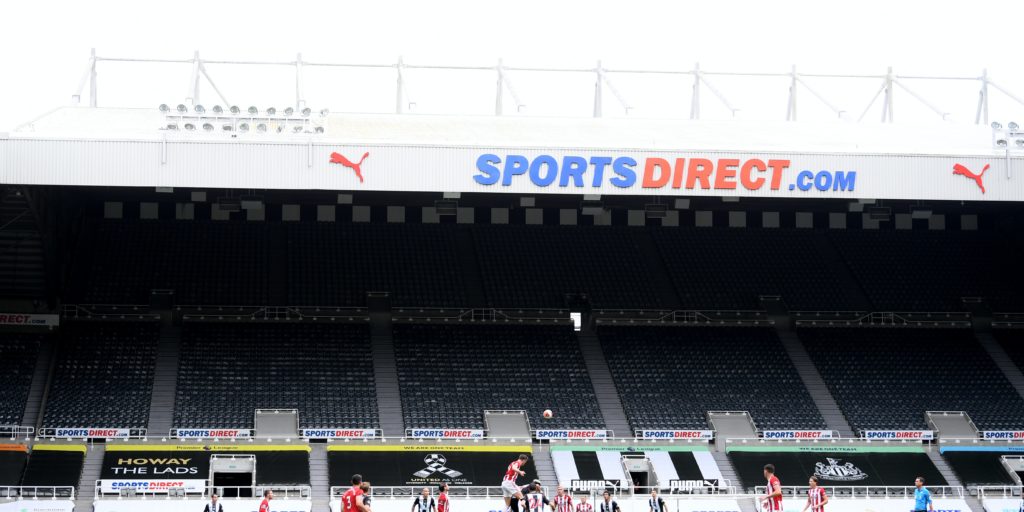 The Saudi Public Investment Fund is seeking to buy an 80 per cent stake in the club.

The north-east club is the subject of a proposed GBP 300million takeover which would involve the Saudi public investment fund (PIF) taking an 80 per cent stake.

Masters appeared before the Digital, Culture, Media and Sport committee on Tuesday and was asked about Saudi links to piracy and the suitability of Saudi crown prince Mohammad Bin Salman to be connected to a top-flight club.

Asked why it had taken so long for the process to be completed, Masters said: “I cannot comment in terms of timing or the specifics on any particular takeover.

“But in a perfect world takeovers would happen cleanly, clearly and in a timely fashion. Sometimes things get complicated.”

The deal is still subject to the league’s owners and directors test which objectively assesses the suitability of would-be owners.

Masters said: “We think it’s robust and it allows us to make decisions that are appropriate.

“What clubs want is consistency, and if they can find the right owners for their football clubs they will be allowed through, and if they’re not the right people then they won’t.”

He said he had been “extremely frustrated” by the Saudi state’s repeated blocking of attempts to take legal action against pirate broadcast network beoutQ.

A report from World Trade Organisation published in June found Saudi Arabia had facilitated the network and had acted in a manner inconsistent with international law in how it protected the intellectual property rights of the Premier League and other sports rights holders.

The league wrote to the US Trade Representative in February asking him to keep Saudi Arabia on a piracy watch list and Masters said: “I think our views on what’s happened in Saudi Arabia around beoutQ are on public record and obviously we were extremely frustrated with that process.”

It was put to him by Scottish National Party MP John Nicolson that the proposed Newcastle takeover put the league in “an extraordinary position” because the Saudi state was “up to its armpits in piracy”.

Masters responded: “I can’t talk about any specific takeover of any club, I’m sorry about that.”

Nicolson continued: “I’m just pointing out that the absolutely blindingly obvious, which is the Saudis are responsible for piracy – you know it, I know it – you’ve tried to take legal action nine times.

“On nine separate occasions that has been blocked by the Saudi state, and you now find yourself in the extraordinary position of the ruler of the Saudi state trying to buy one of your clubs. He is clearly not a fit and proper person.”

Nicolson was referring to Mohammad Bin Salman, who is the chairman of the PIF, although it is understood the chairman of Newcastle should the takeover be completed would be Yasir Al Rumayyan, the PIF’s governor.

Nicolson added: “(The owners and directors test) is a bizarre test however where you could find yourself in a position where Louis Tomlinson, a singer from One Direction, finds himself blocked when he tried to take over Doncaster Rovers on the grounds that he wasn’t a fit and proper person.

“He might be responsible for crimes against music but you could say what’s worse than that about him?

“You could find yourself in a position where Louis Tomlinson has been blocked from taking over a club, but the grisly Mohammed Bin Salman, who was implicated in the murder of Jamal Khashoggi, where Mr Khashoggi was lured into a Saudi embassy, murdered and then chopped up into little pieces, you could find Crown Prince Mohammed Bin Salman passing the fit and proper test and taking over a club. That would be humiliating for you surely?”

Masters again refused to discuss the specifics of the takeover.

One Direction singer Tomlinson was involved in trying to buy into Doncaster but a crowd-funding exercise fell short of raising the necessary funds. Former Rovers owner John Ryan blamed the English Football League for blocking the deal.

The Crown Prince has previously said in a TV interview that he takes “full responsibility” for the murder of Khashoggi, but denies allegations that he ordered the killing.