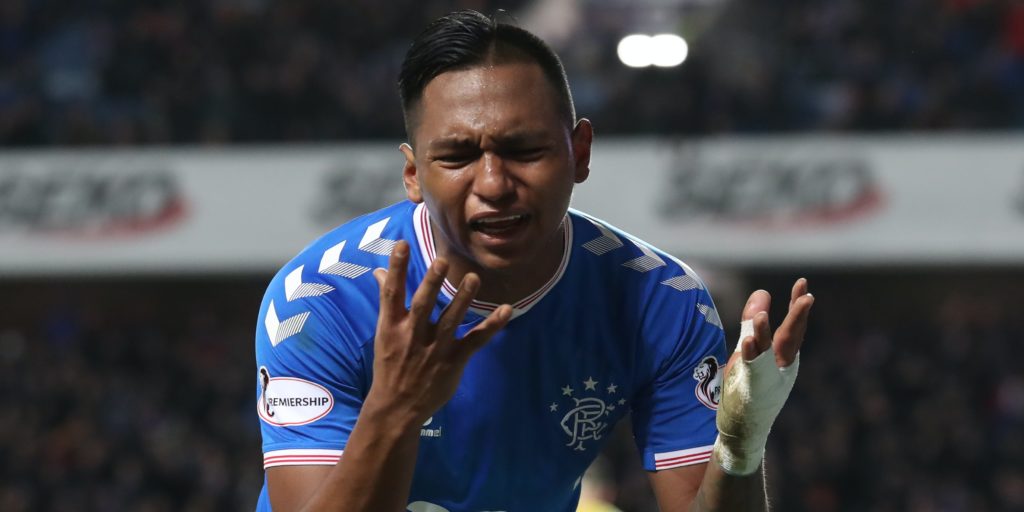 The Colombia striker has been linked with the likes of Napoli and Everton.

Rangers assistant manager Gary McAllister has stated that Alfredo Morelos needs to stay focused on getting fit and impressing Steven Gerrard amid continued speculation over his future.

The Colombia striker has been linked with the likes of Napoli and Everton in recent days following reports he had rebuffed the chance to move to Qatar but McAllister is unaware of any concrete offers.

Morelos is contracted to Rangers for another three seasons but a big-money summer transfer for the 24-year-old could allow Gerrard to strengthen his team elsewhere.

McAllister said: “As far as bids, I’m unaware. Bids concerning any footballer, at any football club, every player has a price.

“Until moments where a bid lands that the club feels it is a number that suits, we just keep moving on.

“Alfredo has got to keep focused and keep fit for those early games in the season.”

Morelos hit his 28th goal of last season on Boxing Day but only netted once more in the final 12 matches of the truncated campaign, after being sent off for the second time in three games against Celtic on December 29.

And McAllister insists the forward must prove his form to Gerrard even at this stage of pre-season training.

“He is part of our squad and he’s no different to any other player,” McAllister said.

“He’s under contract here and at this moment of time he is the exact same as everybody else.

“We are trying to get people up to match speed, up to the speed where we can start the season on August 1. That’s it, he is no different

“He has come back with the same attitude of everyone, he is trying to show the manager he is part of the starting XI, like everybody should be.

“We have quite a big squad and even in this early stage, you have got to be catching the eye of the manager.”