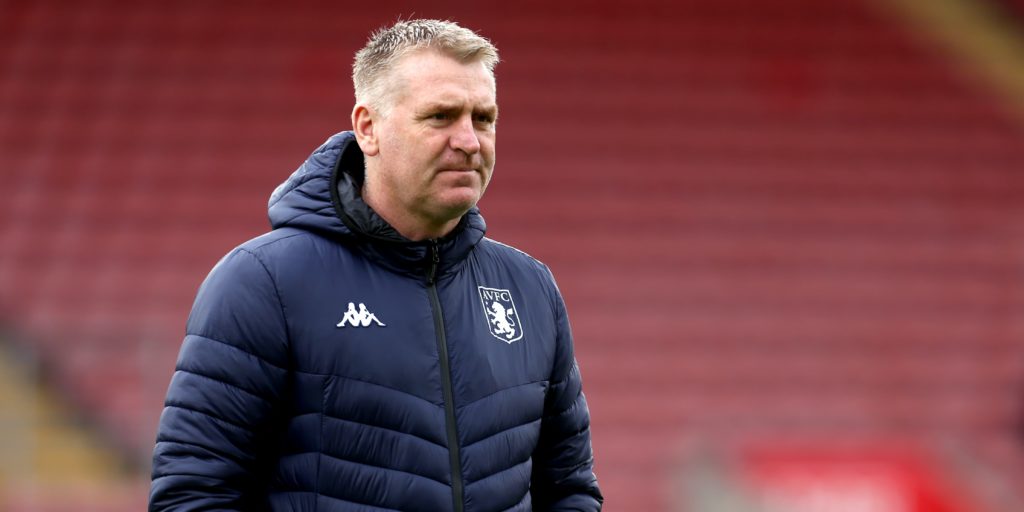 Villa are yet to win since returning from the break and go to Liverpool on Sunday.

Dean Smith insists Aston Villa can take inspiration from their drop rivals ahead of the daunting trip to champions Liverpool on Sunday.

Villa go to Anfield stuck in the relegation zone having failed to win since January and picking up just two points since returning from lockdown.

Runaway Premier League winners Liverpool have won every top-flight match at home this season and clinched their first title in 30 years last week.

Villa’s relegation rivals Brighton and West Ham have stunned Arsenal and Chelsea late on in crucial wins after the restart and Smith believes it shows his side what is possible.

“It didn’t escape me that West Ham’s stats were pretty similar to ours against Chelsea but they managed to stick the ball in the net a couple of times.

“We can take great heart from that, knowing you can go and beat these big teams.

“I think it’s a good time (to play Liverpool) when they’ve won the league, certainly. Probably having no fans in the stadium will help as well, I think people are starting to get used to that, but they’re an exceptional team.

“To have won the league with as many points clear of a team as good Man City shows what an exceptional season they’ve had.”

Smith criticised the schedule after Villa’s 1-0 defeat to Wolves last weekend, their fourth game after the top-flight restarted last month.

But after a week without a game the boss hopes a break has refreshed his men.

He said: “It’s allowed us to recover, that was the biggest thing. There was a lot made out that I was making excuses about the schedule.

“If Pep Guardiola and Jurgen Klopp had come out with the same thing, everybody would have sat up and took notice.

“It was not an excuse, it was a reason for the spectacle against Wolves. That was the frustration, that the spectacle wasn’t great.”