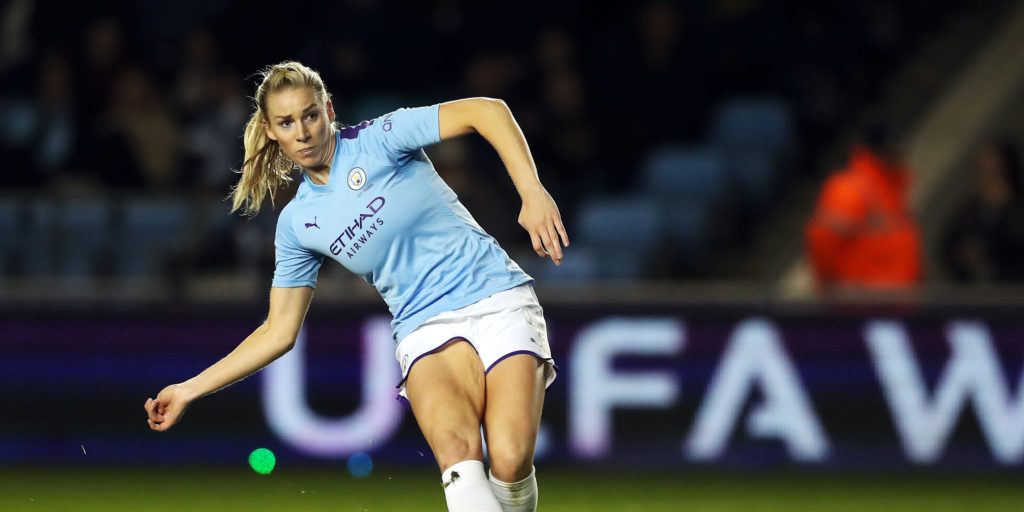 The defender arrived from Liverpool in 2018.

The 28-year-old has made 57 appearances, scoring 10 goals, since her move from Liverpool in 2018 and was part of a central defence partnership with captain Steph Houghton which saw the team concede just nine goals in 16 league matches.

“I’ve had a really good two years at the club so far and especially last season, I felt like I played some of my best football so far with some incredible players around me, so I can’t wait to continue that journey,” the England international told the club’s website.

“With the appointment of Gareth Taylor as our head coach too, it’s a really exciting time for the club and we’re ready for the challenges that lie ahead.”

Head of women’s football Gavin Makel added: “Gemma is the type of player and person that any team would love to have in their squad.

“Retaining players such as Gemma is an important step to where we want to be as a club and we’re delighted that she has signed a new contract.”