George Baldock and Sheffield United keeping a lid on expectations 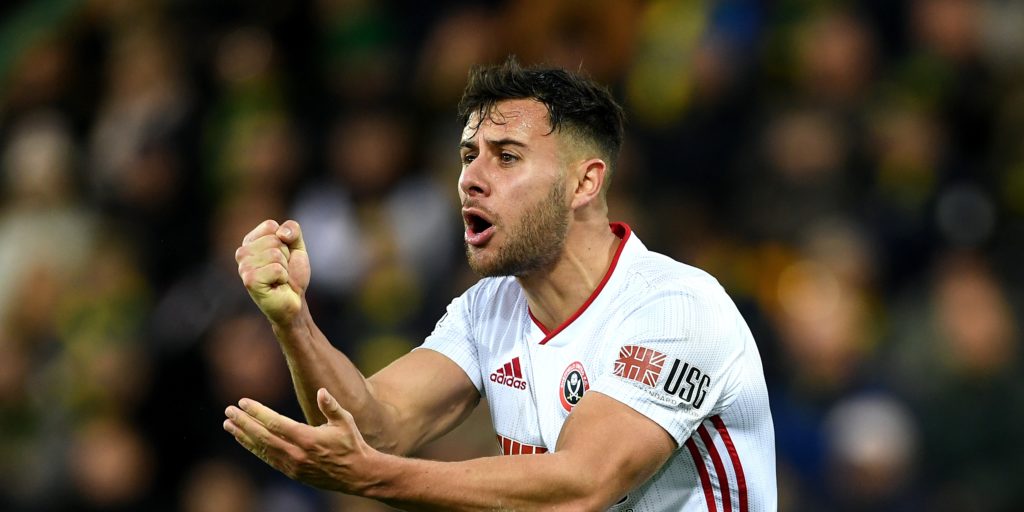 Blades are in the hunt for a European position.

Sheffield United defender George Baldock wants to turn his side’s season into an “unforgettable” one, but still will not talk about European qualification.

There appears a blanket ban at Bramall Lane on discussing their hopes of a top-seven finish as boss Chris Wilder also refuses to speak about it, but they cannot hide the fact they are well and truly in the running.

Their impressive win over Tottenham on Thursday moved them above Spurs and Arsenal in the table and into a Europa League qualification place.

Whatever happens in their remaining six games, starting at Burnley on Sunday, it has been a fine first season back in the Premier League for the Blades, but Baldock wants them to make it extra special.

“We are just thinking about the next game,” Baldock said. “Two games ago people were touting us for the Champions League and we lose two games and then we’re gone.

“There is no point talking about Europe. We want to make a good season into an unforgettable one, a few lads have said it but it’s true.

“The best way to do that is take it game by game and see where it goes.”

They made a limp start to the season’s resumption, taking just one point from their opening three games and Baldock says it was an unusual feeling for his club.

“Since the gaffer has been here this club is not used to losing, whether that is in League One or the Premier League, there is such a winning mentality at this football club,” the right-back, who is an ever-present in the league said.

“It hits us hard when we lose games. We look at fixtures and results and you see teams losing three or four games on the bounce and you don’t really think too much of it but when it is us it feels a lot worse. We put a lot of pressure on ourselves and we don’t like to lose.”

Oli McBurnie got on the scoresheet in the win against Spurs and boss Wilder likened his performance to that of former Blades favourite Brian Deane.

“Oli worked his socks off, his hold up play was exceptional and then he got his reward at the end,” Wilder said.

“Pound for pound, I thought that was his best performance in a Sheffield United shirt and it arguably deserved more than one goal – particularly when you bear in mind the quality of the players he was having a real battle with.

“Big Bri was brilliant for Sheffield United, right the way through that period. And Oli was right up there, for me, against Spurs.”

“I played with Brian Deane and his performances were brilliant. I’m not going to put pressure on Oli, but that was a proper number-nine performance from Oli.

“The trick is now, to build on that and keep showing it. The same goes for all of the other lads as well, because we don’t want to stand still.”