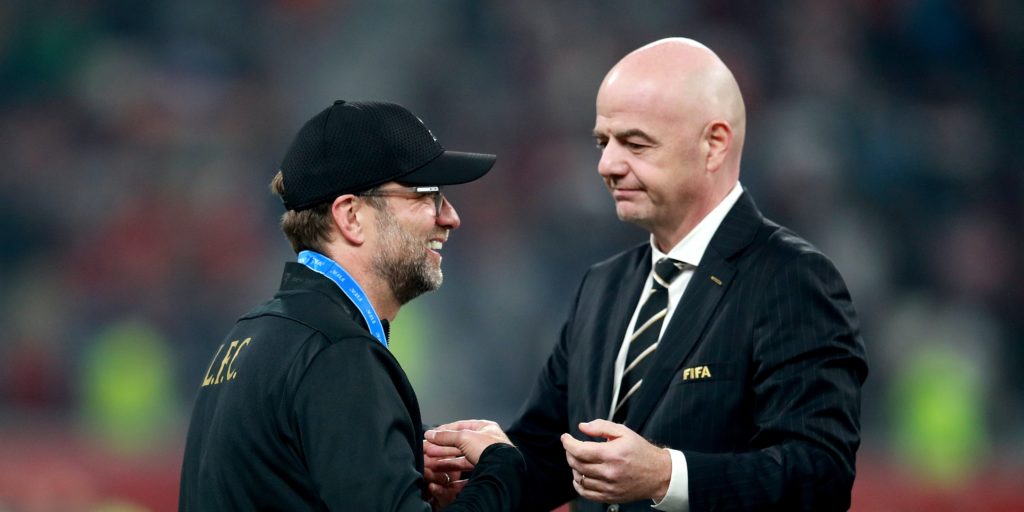 Rules state Liverpool will receive 40 medals from the Premier League.

Liverpool manager Jurgen Klopp claims he is prepared to make Premier League winners’ medals himself in order for the whole squad to share in the achievement.

The return of the top-flight title to Anfield is an historic moment, coming 30 years after their last one, and the Reds boss is determined no-one should miss out.

Rules state Liverpool will receive 40 medals from the Premier League with the only stipulation being that every player who has featured in five matches must receive one.

There are currently 21 players who are guaranteed to be on that list with youngsters Harvey Elliott, Curtis Jones and Neco Williams (all two appearances) next in line.

Who receives the rest of the medals is at the club’s discretion but with a significant backroom staff Klopp wants everyone to be able to share the prize, including the likes of fourth-choice goalkeeper Andy Lonergan who has been an unused substitute for UEFA Super Cup, Club World Cup, EFL Cup matches and one Premier League game.

“If people don’t understand how important the squad is to win the championship then I can’t help them to be honest,” said the German.

“If you have zero games you should win a medal, if you are part of the squad you should get a medal.

“If you are the second goalie and you have less games you should have a medal, because you train five million times over a year and if you don’t (all) train at the highest level then you have no chance to win the championship (as a squad).

“These boys will get a medal 100 per cent – I will produce it myself, eh? One hundred per cent they can have my medal.

“They deserve a medal and they will get a medal, if not from the Premier League then me.”