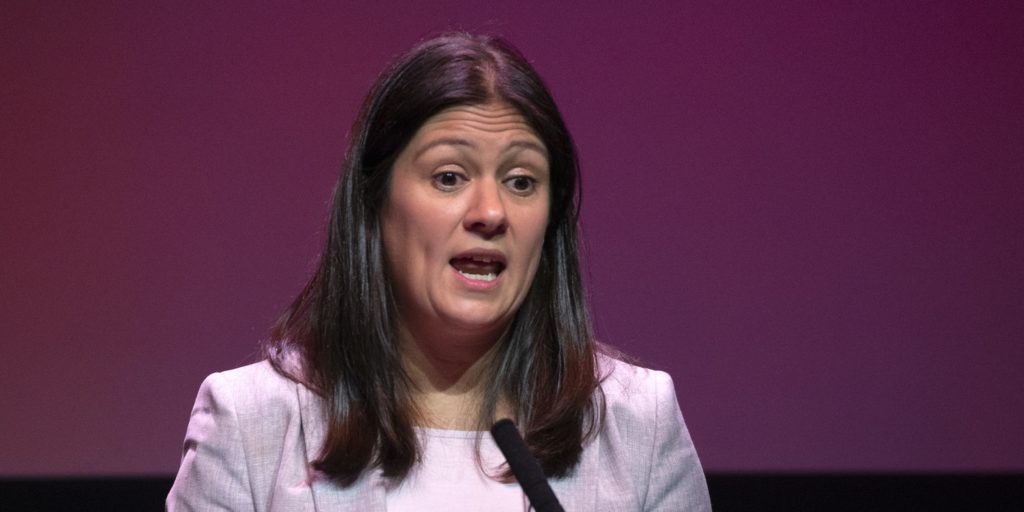 Local MP Lisa Nandy has called for a full inquiry into the circumstances surrounding Wigan being placed in administration and claims the club is the victim of a “major global scandal”.

The Shadow Foreign Secretary has also urged the English Football League to rescind the 12-point penalty imposed on the club.

The Latics went into administration on Wednesday, less than a month after the takeover of the club by the Next Leader Fund was formally completed.

Nandy said the situation at the Championship club was “disgraceful” and in a letter to Oliver Dowden, the Secretary of State for Digital, Culture, Media and Sport (DCMS), she wrote: “It is only four weeks since a new ownership model was approved by the English Football League (EFL) and in the last 24 hours its chairman (Rick Parry) has been filmed discussing the possibility that the crisis facing Wigan Athletic is linked to ‘a bet in the Philippines on them being relegated’.

“With this, and the details of the transfer of ownership, (it) is starting to become clear that Wigan Athletic has been the victim of a major global scandal whose details are still emerging, with wider implications for football as a whole.

“You must ensure there is a full and comprehensive investigation into how this could have been allowed to happen.”

Nandy was referring to a video posted on social media, where EFL chairman Rick Parry was unknowingly filmed discussing rumours surrounding the change of ownership and the decision to place the club in administration.

At this stage there is no evidence that Wigan’s plight had anything to do with gambling.

Wigan face a 12-point penalty for entering administration, which Nandy says must be rescinded in these circumstances.

She told PA: “The EFL must immediately rescind the threat of any points penalty. Not only does this make the situation more difficult for the club in the short term, but it cannot be right that the same body who approved the new ownership model for Wigan Athletic can – just weeks later – punish the club for its failings.

“Our priority now is to ensure that Wigan Athletic is able to fulfil its remaining fixtures and complete the season, and a fit and proper buyer found quickly to secure the long-term future of the club.

“The government, EFL and administrators must ensure that funds are available to allow us to complete the 2019-20 season and that terms are applied to the sale to prevent a repeat of the scenario that faced Bury FC, where one bad buyer was replaced with another.”

When the 12-point sanction is applied depends on where the club finish in the table.

The EFL is understood to be working with administrators to help secure a long-term future for the club.

It is also understood the new owner, Au Yeung, passed the EFL’s owners’ and directors’ test and provided evidence of the source and sufficiency of funds to run the club for the remainder of this season and the whole of next season.

Next Leader Fund, which is registered in the Cayman Islands, bought the club from the International Entertainment Corporation (IEC).

Club bosses had been expecting GBP 6million to arrive to cover costs for the remainder of the season, but this payment did not arrive and administrator Gerald Krasner said on Thursday is not expecting a penny further from the owner.

He confirmed that by Friday morning there had been almost 30 expressions of interest and remained optimistic of finding a buyer.

He was also optimistic that the club would be able to complete their remaining six matches.

He has spoken with David Sharpe, the grandson of former owner Dave Whelan, who has offered to help.

“Anything he can do to help me, other than buying the club, he’ll do,” Krasner said.

Krasner said discussions over paying staff wages were ongoing, but that any shortfall would be rectified in the event of a sale, with staff being treated as football creditors.