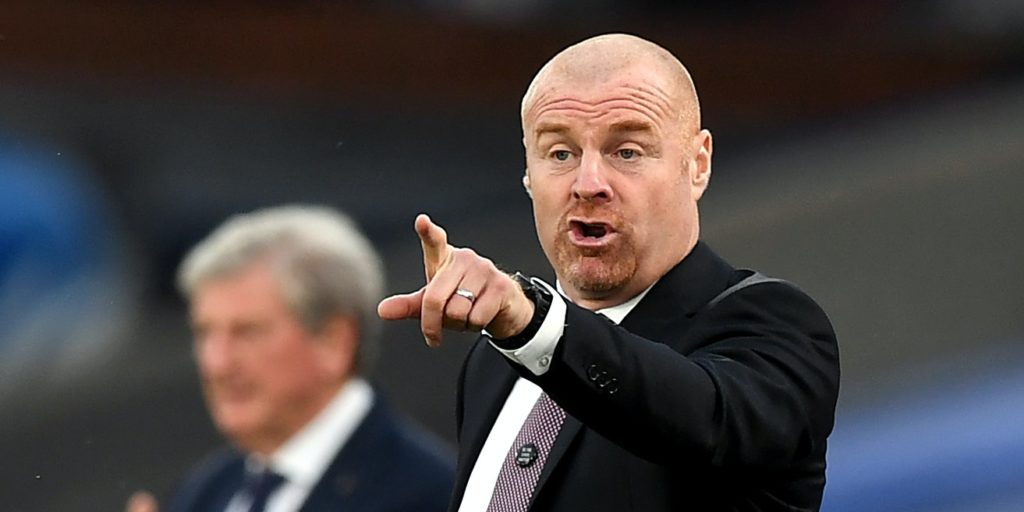 The Clarets have won each of their last two matches.

Burnley boss Sean Dyche has praised his players for “pushing away the noise” when they beat Crystal Palace.

The Clarets had gone into Monday’s game at Selhurst Park with questions having been raised about Dyche’s position.

That was after he made clear his frustration with the club’s hierarchy regarding player contracts – Jeff Hendrick, Aaron Lennon and Joe Hart have departed this week with their deals having ended.

Burnley, who have also had a considerable injury list and a bench featuring seven substitutes rather than nine, registered another 1-0 win, four days on from defeating Watford.

And, speaking ahead of Sunday’s clash with Sheffield United, Dyche said: “I said the other night at Palace, from a management point of view that is probably one of my best results.

“Because we are going into that game with all sorts of questions, all sorts going on off the pitch, and yet the team has stayed resolute and focused and delivered a very, very good performance.

“I thanked them afterwards for the amount of effort, the pride and determination they put into pushing away the noise.

“We will have to do it again (on Sunday), but it’s fair to say I have been really pleased with how the group have delivered performances, with the noise around the situation.”

After losing four successive Premier League matches from Boxing Day into January, Burnley have been beaten only once in the 10 that have followed and Europe is a possibility.

They are currently 10th in the table with 45 points, two behind seventh-placed Sheffield United, with six more games of the resumed season to play.

Dyche said: “We have shown enough to get 45 points, which is no mean feat at this stage for a club like ours, so that is quite a big marker, and then we have to stay open-minded to where it could go.

“Obviously it would be very helpful if we had everyone fit, because I think we’d be a real competitive group and we could change it, whereas at the moment we are limited with our changes.”

Chris Wood, Ashley Barnes, Jay Rodriguez, Johann Berg Gudmundsson, Robbie Brady and Matt Lowton were all unavailable for the Palace match due to injury, and Jack Cork hobbled off in the second half with an ankle problem.

Cork is a doubt for Sunday, when Rodriguez, Gudmundsson and Brady could return to action.

Goalkeeper Nick Pope has kept 13 clean sheets this term, and Dyche said: “You definitely want to be building from clean sheets, because you’re always in a game, you’ve always got a chance of getting something if you keep it at zero.

“Then obviously at the other end, we can’t always run over teams, but we have to find moments and we have done in the last couple of games that have been very important, and taken the game in our favour.

“I am pleased overall. We’ve come through a lot of challenges this season and we’ll continue to work for what we get.”