Home News We had to win for staff who have been made unemployed, says Wigan boss Paul Cook

We had to win for staff who have been made unemployed, says Wigan boss Paul Cook 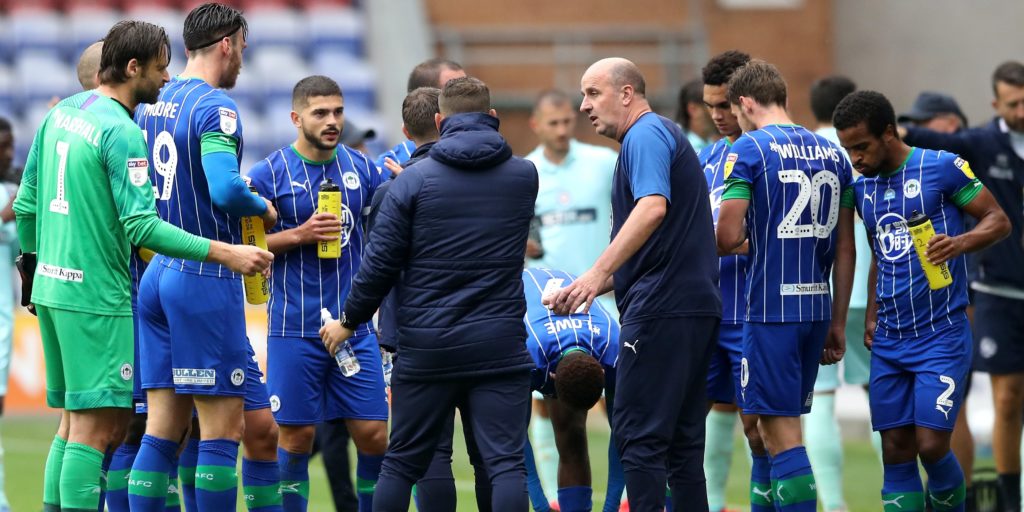 The club have entered administration.

Wigan boss Paul Cook dedicated Wednesday’s win over QPR to the staff who had been made redundant following last week’s announcement that the club had entered administration.

After Kieffer Moore’s 33rd-minute strike secured a 1-0 victory against QPR, Cook said: “It’s been a real week, and tonight we had to win.

“We were flat on Saturday (a 3-0 defeat at Brentford) – we are not as flat as the people who have been made unemployed.

“We had to win for them tonight, for Wigan Athletic and the town, and we did that.”

Cook, who had spoken to some of those concerned earlier that day, added: “For whatever I feel, for how much sleep I don’t get, for the worst, toughest week of my football career by far, to see what goes on to other people makes my job even worse.”

The result boosted the beleaguered Championship outfit’s hopes of avoiding the drop.

Wigan are now eight points clear of the relegation zone with four games left to play – but having entered administration they face a 12-point penalty, against which they are appealing, that will be applied this season if they finish outside the bottom three.

Cook said: “People have written us off, the 12 points. (But) we’re still fighting.

“We’re not going to get ahead of ourselves. We are not stupid, we have a real big mountain to climb.

“We are in administration, it’s a 12-point deduction. I just hope the EFL hand punishments out for other clubs that have been breaking the rules.

“At the minute we’re accepting it, if that’s going to be the case. But we’ve still got plenty of fight in us.

“We need a new owner, we need to re-employ people that have been made unemployed, and we need to make this town come together with happiness not sadness.

“None of us know the future but one thing I do know, this club must be here for a long, long time.”

Cook added: “Football was in a bad place last year when we allowed Bury to go out of business, yet there’s multi-millions of pounds and players on fortunes. It’s not right and football must look at helping other clubs now.

“I’m not on about Wigan Athletic in administration, I’m on about football. Football in our country is everything to communities and supporters and we can’t let clubs go out of business.”

QPR, for whom it was a fourth defeat in five games, are also eight points above the relegation places.

Their best chance came around the hour mark when Ilias Chair saw his shot well saved by David Marshall.

QPR boss Mark Warburton said: “They probably wanted it more than us in the first half. They’ve had some shocking news, appalling news and we knew they’d be united and together and angry, and they were.

“But then the second half we came out much better and controlled the first 15 minutes, and then we have to score. We can’t miss from four yards out, basically into the middle of the goal, we can’t miss those chances.”