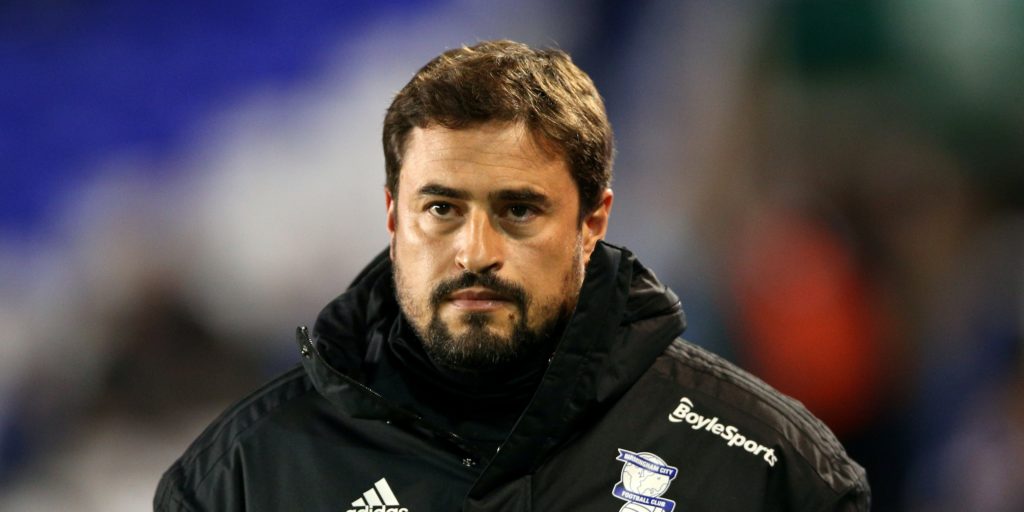 Birmingham sit 17th in the table and lost to Swansea on Wednesday night.

Pep Clotet has left his position as Birmingham head coach after the club’s 3-1 home defeat to Swansea.

The 43-year-old was due to step down at the end of the season, but a 10th Championship match without a win brought his departure forward.

Birmingham are 17th in the table, four points above the relegation zone with four matches to play.

Clotet did not speak to the media after the loss to the Swans and his exit was announced just after 11pm.

A Birmingham statement read: “Pep Clotet has this evening left his position as head coach. He was due to step down at the season’s end but it was mutually agreed that he should relinquish the role immediately.

“The board would like to place on record its sincere thanks to Pep for his efforts during the past two years.

“We will be making no further comment at this time.”

Meanwhile, Swansea manager Steve Cooper has backed Rhian Brewster to remain the man for the big occasion after he started his side’s comeback at St Andrew’s.

Brewster scored his eighth goal in 16 games since joining on loan from Liverpool in January.

His strike cancelled out Lukas Jutkiewicz’s early opener before Ben Cabango and Jay Fulton put Swansea within a point and a place of the play-offs and arch-rivals Cardiff.

“That’s where you want him – in the box and scoring goals and if he gets a chance in the box, you fancy him,” said Cooper about England Under-21s forward Brewster.

“It wasn’t an easy finish – you might look back on it and say he should score but he kept it down well and took the opportunity.

“I was really pleased for him again. I thought he could have got another when he might have gone round the keeper.

“But he was full of running and endeavour again and a goal threat.

“These younger players have to make the most of their opportunities they’re being given and that doesn’t just apply to him but all of the young players.”

Cooper stressed the result was the only thing that matters as Swansea made it back-to-back wins.

“Getting the three points was really important at this stage of the season,” added Cooper.

“It was a difficult start and they really rocked us with that but it was a brilliant reaction from the boys.

“I thought we played excellently in the first half in terms of our positioning and possession and looked a real threat, moving them about.

“It was just about waiting for that moment to create chances and that’s what we did.

“I was happy with the performance and the result and we have to get ready for the weekend now.”