Daniel Farke: Norwich’s relegation from Premier League is not unexpected 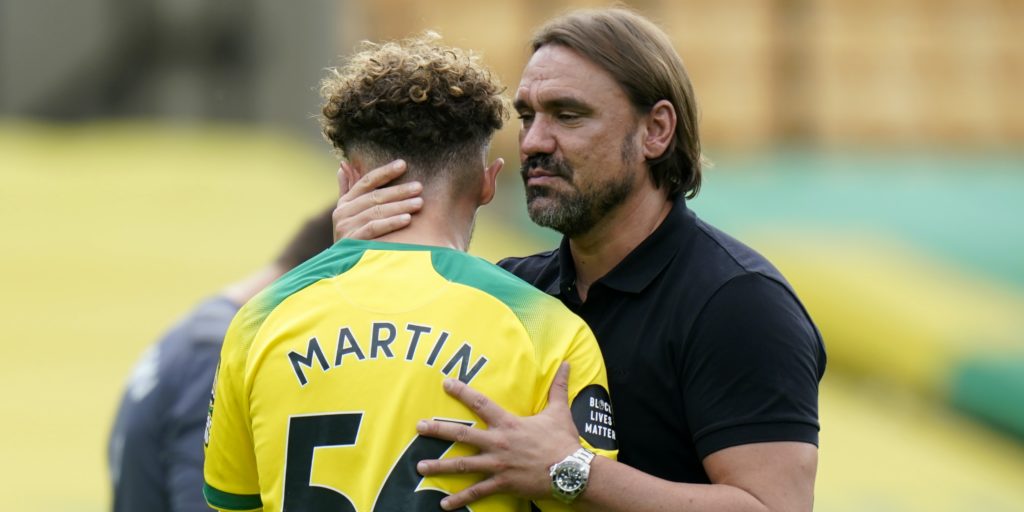 Daniel Farke says it was “not realistic” to expect Norwich to survive in the Premier League this season after their relegation was sealed by West Ham on Saturday.

Michail Antonio’s four goals secured a 4-0 victory for the Hammers at Carrow Road, as the Canaries lost their top-flight status with three games still remaining.

Norwich had needed their first win in the league since February to avoid relegation and Farke apologised to the supporters for not being able to create “another miracle”.

However, the German – who guided City to the Sky Bet Championship title last term – was honest regarding his own expectations of the squad.

“It is not like it is unexpected or not that we were not prepared for it but once it is really theoretically confirmed it feels even more disappointing and for that it’s a tough day today.

“We are always self-critical so the first step that you have to take is always to ask yourself what you could have done better. It is not the unexpected outcome.

“When I look at our team sheet today it is more or less the same Championship side from last season, just without some key players because they are injured.

“To be able to be successful in this level it is not realistic you have to say.

Antonio has starred in a central role since the competition’s restart, with six goals in the Hammers’ six matches, and manager David Moyes believes he could have had more.

When asked about the 30-year-old’s four-goal haul in East Anglia, Moyes said: “He’s been excellent because we have been without Seb Haller so we have been really limited in our options.

“I think Michail is developing with it, he’s getting better at it, his link-up play. He should have had one or two in midweek as well so today has been good for him. Not many people score four goals in a Premier League match.

“I think if you asked him he is probably enjoying it because he is getting goals which is always good.

“For what he has got, his power and pace, I think he is a big help to us and while we have not had Seb he has done a great job.”