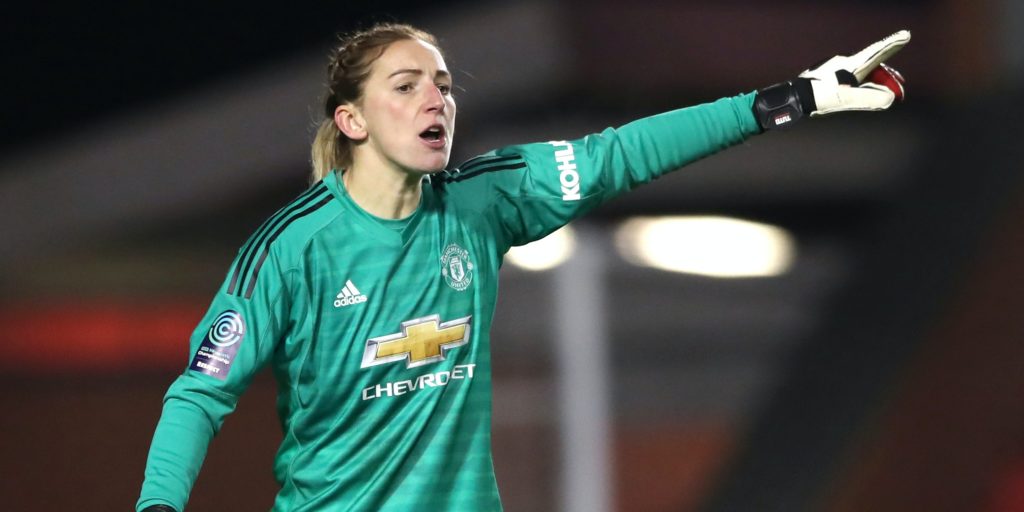 The 36-year-old goalkeeper joined the newly-launched United outfit in 2018.

Siobhan Chamberlain is leaving Manchester United after agreeing to end her contract by mutual consent, the club have announced.

The 36-year-old goalkeeper, holder of 50 England caps, joined the new United outfit which was launched in 2018 after leaving Liverpool and has made 27 appearances for Casey Stoney’s side.

Stoney said in a statement from United: “I want to thank Siobhan for her time with us, aside from her obvious goalkeeping abilities she has been an incredible leader and role model within the team, and a fantastic mentor to the talented young goalkeepers we have at United.

“On a personal level, I have played with Siobhan for a number of years at various clubs and also with the national team. We’ve shared so many experiences together and I consider her a friend.

“As a head coach it’s my job to evolve the squad each year and after discussions with Siobhan on our plan to give our younger goalkeepers more first-team experience, it was agreed by both parties that now was the right time for Siobhan to move on and pursue her career elsewhere.

“On behalf of everyone at the club, I wish her the best of luck for the future.”

United finished fourth in the 2019-20 Women’s Super League campaign that was brought to a premature end in May.

Chamberlain, who gave birth to a daughter in January, wrote on her blog that she would now “take time to consider the next steps in my career”.

She said in a post on siobhanchamberlain.com: “When I found out I was pregnant in 2019, I knew I wasn’t ready to finish playing, fighting to get back into the squad at United was my entire focus.

“However, life and football very rarely follow the perfect path, I feel my career for club and country is the example of that. But the one thing that’s driven me throughout my entire career is not giving up.

“I had been to four major tournaments with England over 11 years before making my tournament debut in 2015. I had plenty of opportunities to give up prior to that. I didn’t.

“I have loved every minute of my time as a Manchester United player but after discussions with Casey we both agreed that now was the right time for me to move on and take time to consider the next steps in my career.

“I am proud that we as a group of players have written a chapter in this great club’s history. The future of this club is in great hands with Casey and I have no doubt that trophies and success are not far away.

“I can’t thank the fans enough for their support. The support for me as a player and the love and kindness shown to me in becoming a mother, it makes being a women’s footballer special. Women’s football needs your passion.”