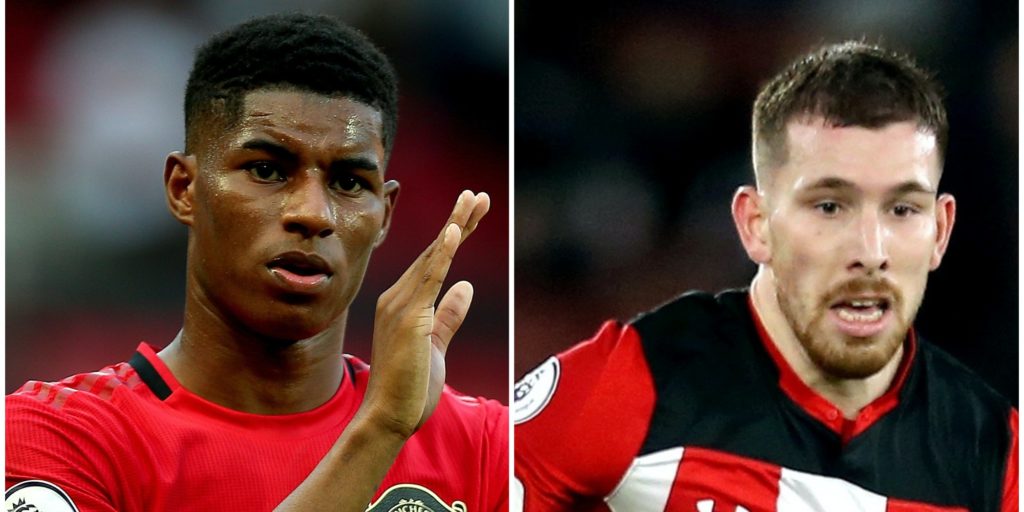 Marcus Rashford’s versatility has attracted the attention of one of Ligue 1’s elite clubs.

Paris Saint-Germain manager Thomas Tuchel wants Marcus Rashford next season, according to The Independent. The German thinks England “don’t realise how good a player Rashford actually is”, though Manchester United value their 22-year-old forward at more than GBP 100 million. The newspaper reports Tuchel would be willing to pay as he is a fan of Rashford’s versatility and directness.

Pierre-Emile Hojbjerg wants out at Southampton and north London appears likely to be his new home, reports the Evening Standard. The paper says the 24-year-old has told Saints he wants to be part of a larger club and Tottenham is his destination. Spurs, who will have to compete with Ajax for the midfielder, think they can drive down Southampton’s current GBP 35m price tag by including Kyle Walker-Peters as part of the deal.

Nathangelo Markelo could be leaving Merseyside and returning to his native Netherlands. The Liverpool Echo reports Everton are in talks with Dutch club FC Twente to take the 21-year-old, who signed a new two-year deal with the Blues this month, on loan next season. The deal has yet to be agreed, with both clubs keen for the midfielder to be back in Holland for pre-season training in September.

The Daily Express, which cites Sky Sports, says Liverpool are close to extending the contract of Dejan Lovren. The Reds are happy to move the 31-year-old on but have struggled to secure a deal after refusing to drop their price. It is now reported that Liverpool could take up their option to keep the centre-back at Anfield for a further year, by extending his current deal to 2022.

Sam Nicholson: Bristol Rovers are favourites to sign the 25-year-old after he left MSL side Colorado Rapids, reports the Daily Record.

Pedro Porro: Manchester City’s 20-year-old Spanish right-back is being closely monitored by Sporting Lisbon, according to Portugal’s A Bola.