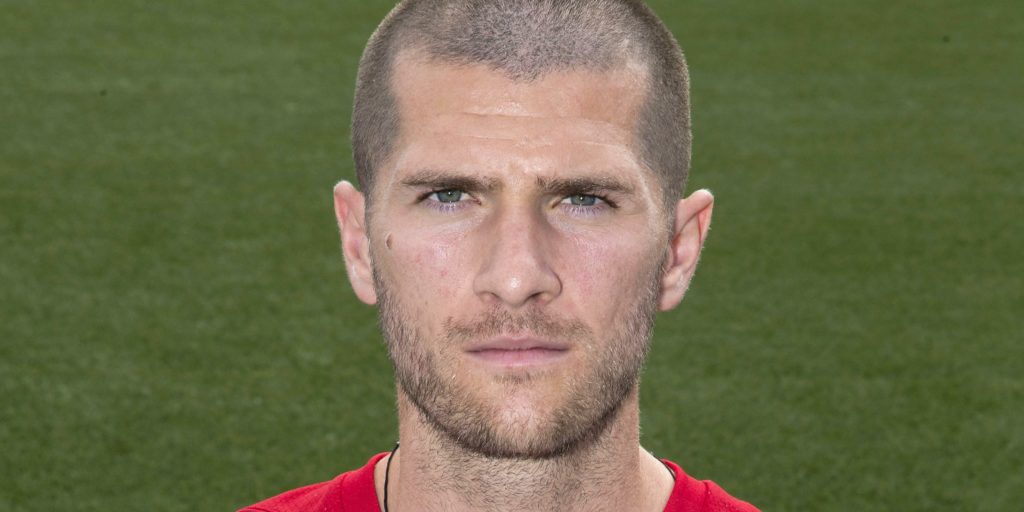 Hibernian have completed their third signing of the day after Alex Gogic arrived from Hamilton on a two-year deal.

Gogic impressed at Hamilton last season and will link up with his new team-mates on Monday.

He told the club’s official website: “I’m really happy to have everything sorted and to be a Hibernian player.

“I had opportunities to go and play elsewhere throughout Europe, but I love the game in Scotland and I know already what a big club this is.

“I am here to help make the team better in any way I can and I take pride in being able to win the ball back for my team-mates. That’s the side of the game I enjoy the most.

“I’ve missed playing and can’t wait to get going.”

Head coach Ross added: “We’re delighted to have Alex on board.

“He’s a leader and offers us a real presence in midfield. He’ll complement the other players we have in that area of the park.”

Wright is keen to get his Hibernian career up and running after agreeing a two-year contract with the Easter Road club.

The 25-year-old winger became Ross’ first signing of the summer and he was swiftly followed through the door by striker Nisbet, who joins from Dunfermline on a four-year deal.

Wright, who spent the last two seasons at St Johnstone, told Hibernian’s official website: “No-one had to explain the size of Hibernian as a club to me and as soon as I got off the phone from speaking to the gaffer and Graeme Mathie (sporting director) I knew it was the move I wanted to make.

“I spoke to a few boys who have played here and it was an easy decision in the end.

“First and foremost, I’ll give it everything I’ve got in every game. I know I’ll be expected to bring goals and assists, to help bring drive and energy to contribute in the attacking areas, but I also want to build a good relationship with the full-backs and make sure I can offer them some protection.

“They’ve made me feel really welcome and I can’t wait for the games to get up and running.”

Nisbet, 23, scored 23 goals in 32 games in his only season at Dunfermline.

He told the club’s official website: “It’s a new challenge for me and I’m confident – with the help of the staff here – that I can continue to improve as a player and help the team.

“I’ve been working hard on my fitness during the break and I can’t wait to get going.”