Luton win at Huddersfield to move off foot of Championship 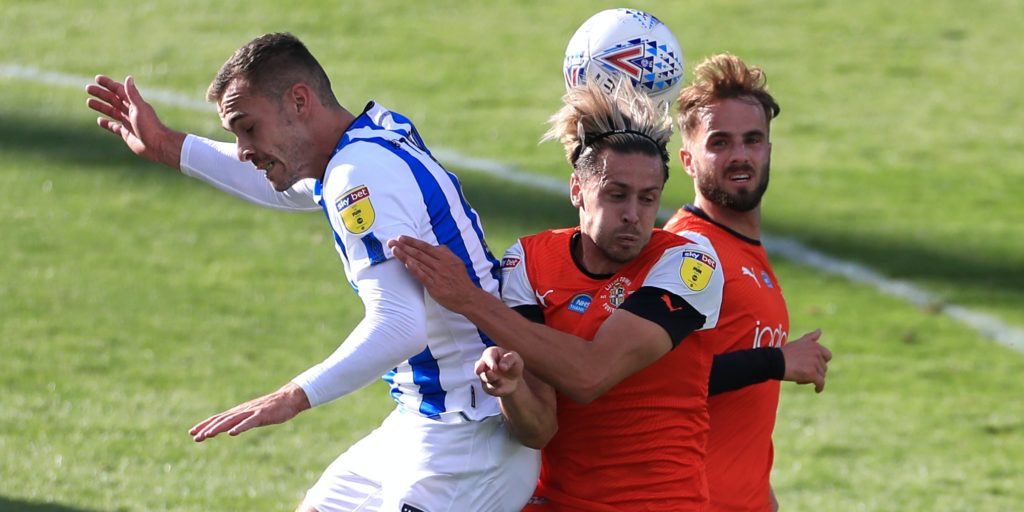 Second-half goals from Sonny Bradley and Elliot Lee lifted Luton off the foot of the Championship as they won 2-0 at Huddersfield to keep the Terriers firmly in the relegation battle.

Bradley headed home James Bree’s 49th-minute corner before Lee lashed home a shot on the rebound with 19 minutes left to earn three vital points that move Luton above Barnsley before the Tykes face Wigan on Saturday.

The win means Luton are now just two points adrift of safety, with 21st place currently occupied by Stoke, where Hatters manager Nathan Jones began the season before being sacked in November having won only two of the first 14 games of the season.

Defeat was a bitter blow for Huddersfield, who are just one point further clear, and remain in danger of following Swindon, Wolves, and Sunderland in becoming the fourth team to suffer back-to-back relegations from the top flight to the third tier in the Premier League era.

Three consecutive clean sheets coming into this game had given Danny Cowley cause for optimism, but a lack of cutting edge is now the growing concern as this became a third straight game without a goal.

The problems going forward were on show in a cagey first half as Huddersfield did most of the pressing but created little to show for it as Luton worked hard to deny Emile Smith Rowe and the returning Fraizer Campbell space to operate.

Lewis O’Brien fired a shot straight at Simon Sluga in the 37th minute, but the Luton goal was rarely under threat as too many passes went astray in the final third.

Luton had barely been seen as an attacking force in the opening half, to the obvious frustration of Jones as he berated his players from the sidelines, but the visitors struck early in the second half as Bradley muscled his way through a crowded area to head home Bree’s corner.

It was the spark the game needed as Huddersfield pushed forward with more urgency while Luton sought to exploit gaps on the counter attack.

A quick ball forward found Collins in space on the left, but he fired narrowly wide after cutting inside.

Seconds later, Smith Rowe twisted and turned to create space at the other end but was likewise just off target.

Lee then delivered the hammer blow with a little under 20 minutes to go. Hudderfield substitute Juninho Bacuna slipped at a key moment to allow Collins to race towards goal, but his driven shot rattled the upright and bounced out.

Andy King looked to have the rebound covered but took too long and Lee nicked the ball away before firing into the top corner of the net for only his second goal of the season, and a potentially decisive moment in the campaign for both teams.