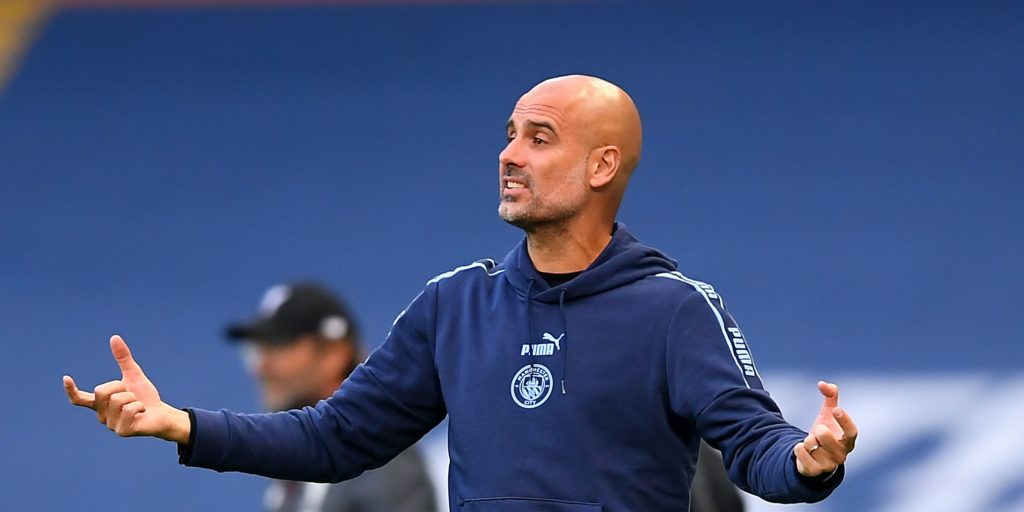 City had a two-year ban from European football overturned on appeal on Monday.

Pep Guardiola insists Manchester City have no reason to apologise for their vast spending.

The City manager feels the club have been completely exonerated after successfully overturning their two-year ban from European competition at the Court of Arbitration for Sport.

The CAS verdict was not as clear-cut as that – pointing out that while some of the alleged breaches of Financial Fair Play for which City were punished by UEFA were “not established”, others were “time-barred”.

Nevertheless, the ruling in City’s favour vindicated the club’s rigorous defence of their position.

Guardiola feels it is unfair to highlight the amount City have spent on players when some of the more established giants of the game continue to do likewise.

“If we build the club, in terms of the last decade, to compete with the elite of the Premier League or Champions League, we need to invest.

“We can spend as much money as our chairman or our owners want, but always always in the Financial Fair Play rules and we showed it. We were exonerated for something we were accused of all the time.

“I don’t want to apologise for anything. I’m sorry guys. Manchester City don’t have (to) apologise because three independent judges decided we have done everything properly. It’s clear – more than clear.”

Guardiola feels it is City that are owed the apology after a “whispering” campaign to discredit the club, related to their financial strength and involving rival clubs, that has gone on for years.

“We should be being apologised to,” said Guardiola in an animated press conference on Tuesday.

“In recent years, how many times people came to our club to do this whispering on us?

“I would like to see these kind of people and say, ‘Look in our eyes. If you have have something to say say it face to face’ and go to the pitch and play on the pitch what we have to play as rivals.

Guardiola was also asked about reports eight other Premier League clubs, before dates for the CAS hearing were known, attempted to make sure City could not play in next season’s Champions League while the case was still pending.

He said: “What they asked is that they didn’t want us to delay the process for the next season. I was completely with these eight clubs.

“The resolution is there so that’s why they must be happy.”

Tottenham manager Jose Mourinho has branded the CAS decision a “a disgrace” and Liverpool boss Jurgen Klopp has said Monday was not “a good day for football.”

Guardiola said: “All I say is that all of them (have) their opinions, but I tell Jose and Jurgen that today was a good day for football. A very good day. It was clear what happened, and that’s nice.”

There have been numerous critics, notably former Arsenal manager Arsene Wenger, City’s cash-accelerated rise over the years but Guardiola insists the club are at the top end on merit.

He said: “I know that for elite clubs, respectful clubs like Liverpool, Man United and especially Arsenal, it is uncomfortable us being here.

“But they have to understand we deserve to be here. If you don’t agree, knock on the door or our chairman and CEO and talk. Don’t go from behind whisper… seven, eight, nine clubs – go and do it on the pitch.

Guardiola said: “Senor Tebas must be so jealous of the Premier League and English football.

Guardiola was unwilling to speak in depth about his own long-term future but insisted he would have seen out his contract, which expires next year, regardless of the verdict.

He said: “Some people here in England suggested we should play in League Two, so I would have stayed here.”