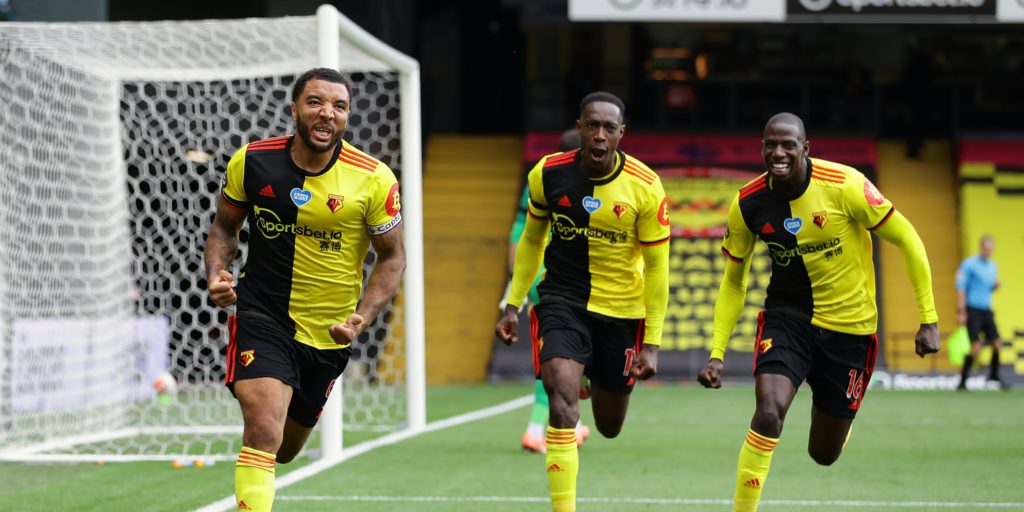 Dwight Gayle gave Newcastle the lead but the Hornets turned it around to pull six points clear of the drop zone.

Troy Deeney scored a brace of penalties as Watford came from behind to beat Newcastle and take a huge step towards securing Premier League survival.

As they did against Norwich in midweek, the Hornets conceded first at Vicarage Road before rallying back to win 2-1 – this time Deeney hammering home two spot-kicks after Dwight Gayle had given the visitors a half-time lead.

Deeney had not scored in six games but Nigel Pearson’s captain came up with the goods to move Watford six points clear of the relegation zone.

Gayle had earlier bundled home his third goal in five league games, Newcastle boss Steve Bruce recalling the forward as one of five changes in response to a thrashing at Manchester City.

They were the better side for the opening 45 minutes but ended the afternoon with nothing to show for it courtesy of Deeney’s penalty prowess.

Given their respective results in midweek it was Newcastle, looking to make amends, who started the brighter of the two sides.

They forced Ben Foster into his first meaningful save after 10 minutes as he did well to react and keep out Miguel Almiron’s close-range effort.

Watford came even closer to breaking the deadlock as Welbeck turned Kiko Femenia’s cross goalward and off the inside of a post, although all of the ball did not clear the line before it was hacked away by Jamaal Lascelles.

The visitors deservedly took the lead at the midway point of the first half, Federico Fernandez flicking on Matt Ritchie’s corner for Gayle to bundle home at the back post.

The Watford defence had left both men free and were struggling to stem the flow of Newcastle attacks, Foster again doing well to prevent Allan Saint-Maximin adding a second after bursting through on goal.

Pearson must have got into his players in the dressing room because the hosts looked a different side after the interval.

They were level just seven minutes after the restart, referee Craig Pawson pointing to the spot after Ritchie had caught Femenia inside the box.

Deeney stepped up to smash the resulting penalty down the middle of Martin Dubravka’s goal to end his goal drought.
He should have given his side the lead soon after when he was presented the ball inside the Newcastle boss by Magpies defender Fernandez.

They were awarded their second penalty of the game with 10 minutes remaining as Javier Manquillo manhandled Ismael Sarr.

Deeney again made no mistake, slamming home from 12 yards to turn the game in Watford’s favour.

Newcastle could not muster up a response of their own as Watford picked up their second win in four days to bolster their bid to remain in the top flight.