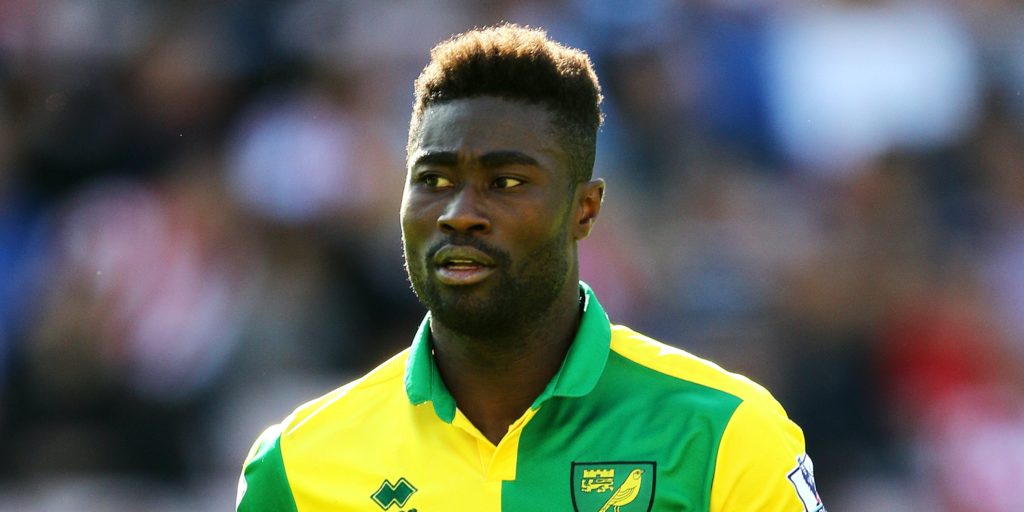 Norwich’s relegation from the Premier League was confirmed on Saturday.

Norwich captain Alex Tettey admitted it was difficult to be competitive in the Premier League on the Canaries’ budget after their relegation was sealed with a 4-0 defeat to West Ham.

Tettey told BT Sport: “It’s very hard for me to talk but that was a tough game for us.

“We came out trying to be positive but again, when we don’t do what we have to do on the pitch, we get punished and for all four goals you can’t defend like that.

“When you do, even teams that are struggling will punish you and that’s the Premier League. That’s what happened here today, we got punished for every mistake – passing choice we made, not marking on corners. It’s tough.

“It’s very tough, I’ve been saying this the whole season. We’re going to games and trying to be positive and in the end it ends up not being a positive game, so it’s tough to get yourself going mentally.

“This club has not been a club that buys well-established players for GBP 40-50million – that’s never happened before and if you have a group collective that you’re trying to create in the Premier League then that’s difficult. It can be done but you’ve got to be consistent.

“We haven’t had bodies, people have been injured and it’s been tough for the manager, but it’s a young group and they can take this experience and move forward.”

Antonio put his impressive goalscoring down to Moyes encouraging him to spend more time in the penalty area.

“When I scored the first two I could see that they were quite open so it’s a great opportunity so hopefully I can add to it,” he told BT Sport.

“We’re playing free-flowing, attacking football. The gaffer’s told me to keep getting in the box and all my goals have come from in the box so it’s just staying there and being around it and pouncing on opportunities.”

The Hammers are now six points clear of the bottom three and Antonio said that the squad are confident of staying up.

“We’ve got a good goal difference as well so that’s an extra point for us.

“We’ve just got to concentrate on ourselves and keep ourselves strong.

“We believe we’ll be safe but we’ve just got to keep pushing forward and doing what we’re doing because we’re doing the right thing.”