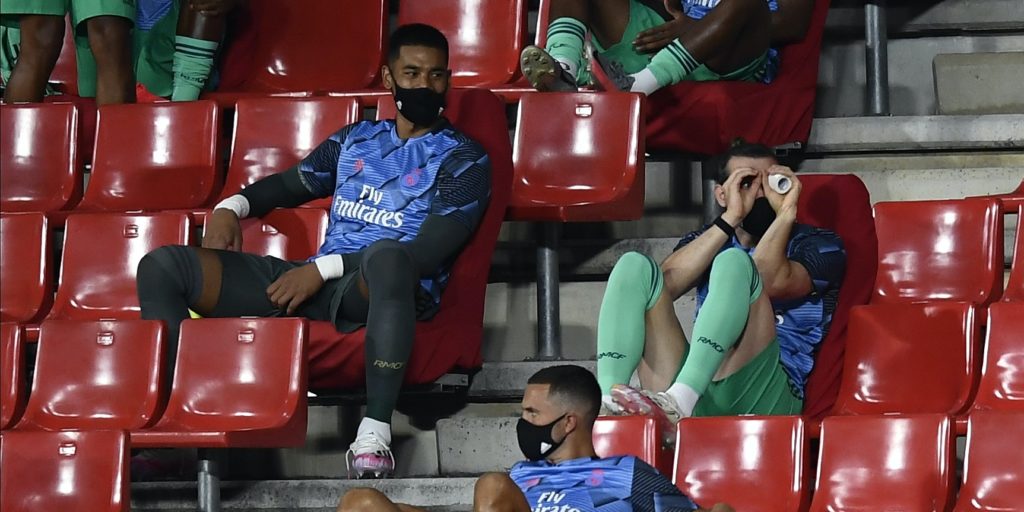 The Welshman has struggled to secure a regular place in Zinedine Zidane’s side recently.

Gareth Bale will not be involved as new champions Real Madrid face Leganes in their final LaLiga match of the season on Sunday.

The Wales international, who has been a peripheral figure in Real’s title run-in, has not been included in the 22-man squad for the game released by the club.

Bale was an unused substitute as Real secured the crown with a 2-1 win over Villarreal on Thursday and has started just one game since the season resumed last month following the coronavirus stoppage.

The forward’s omission is likely to fuel further speculation over his future at the Bernabeu after he was pictured only on the fringes of the title-winning celebrations this week.

Bale, who turned 31 on Thursday, appeared to make light of being out of coach Zinedine Zidane’s plans by pretending to be asleep while on the bench for a game against Alaves earlier this month.

Bale, who is contracted until 2022, has won the Champions League four times since joining Real from Tottenham in an GBP 85.3million deal seven years ago.