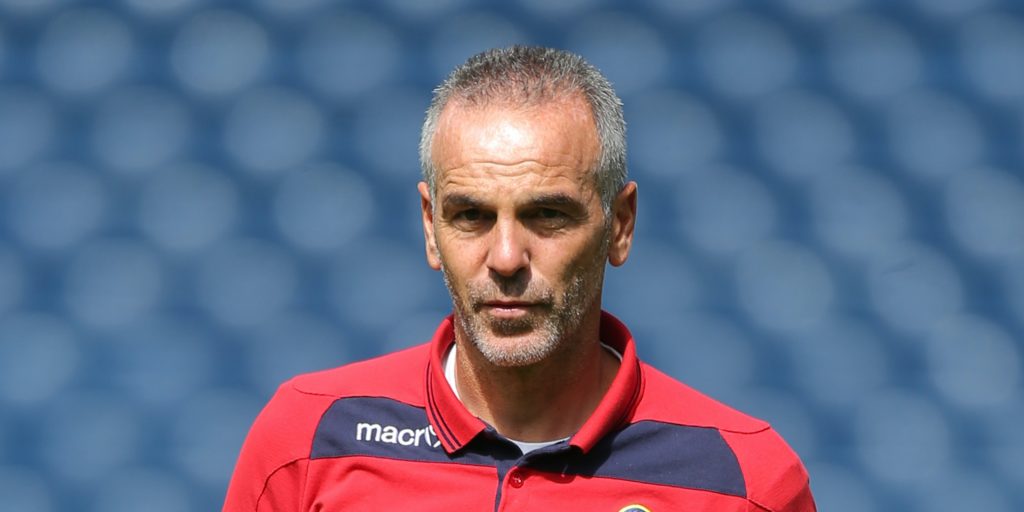 The deal will see the Italian remain in the role until 2022.

AC Milan head coach Stefano Pioli has had his contract extended for a further two years, the club has announced.

The deal will see the 54-year-old remain in charge of the Serie A giant until June 2022.

After taking on the role in October 2019, Pioli’s initial deal was only until the end of the season.

But the former Lazio and Inter manager has successfully led Milan through the coronavirus pandemic and guided the club to fifth on the Serie A table.

Milan’s chief executive Ivan Gazidis said Pioli had been a positive influence on the team and club as a whole.

“I am delighted with this agreement,” Gazidis said.

“Stefano has shown he can deliver the vision of football we have for our club – exciting, progressive and passionate.

“This is not a decision based on recent victories, but one based on how Stefano has built team spirit and unity of purpose, the way he has improved the performances of the individual players and the collective team, the way he has embraced our vision and the way he has represented himself and the club’s values.”

Pioli said he was excited to continue to guide the team’s development.

He said: “I am happy and proud of the trust I have received from AC Milan.

“I want to thank everyone, including our fans, who we are really missing at the stadium, but are always close and supportive.

“As I have said many times, our future is today: we must be focused and determined, be united and play as one.

“We are at the beginning of an extraordinary path. If we keep working this way, we will grow and be more and more competitive.”