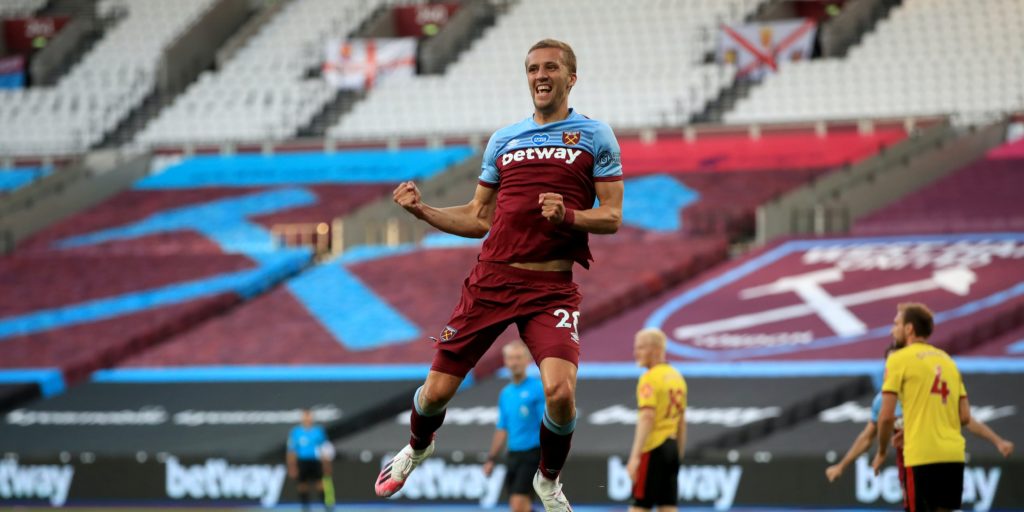 The Czech Republic midfielder has agreed a four-year contract for a fee understood to be £18million.

The 25-year-old Czech Republic international has played a key role in helping the Hammers avoid relegation since joining on loan in January.

West Ham had the option to make the move permanent if they stayed up, and Soucek has now agreed a four-year contract for a fee understood to be GBP 18million.

Manager David Moyes said: “I always believed he would be signing. It was subject to us staying in the Premier League and I believed we would remain a Premier League club so I never had any great worries about him.

“The biggest concern was how he would start and fit in with the Premier League quickly, all the other things connected to him are good.

“He can score, he can run, he’s a good footballer, so I think it was more to see how he would fit in.

“I was always confident that he would remain with us so I am pleased to get that out of the way, we are glad he will be a West Ham player for a good period to come.

“The best thing is he is a terrific lad. He has got a very good physical capability, he’s scored some really important goals for us, against Chelsea, Newcastle and Watford, and he could have had more.

“More importantly, when I came in January we needed another midfielder, someone else to help Declan Rice and Mark Noble, and I have to say Tomas has been a really good fit for them.”