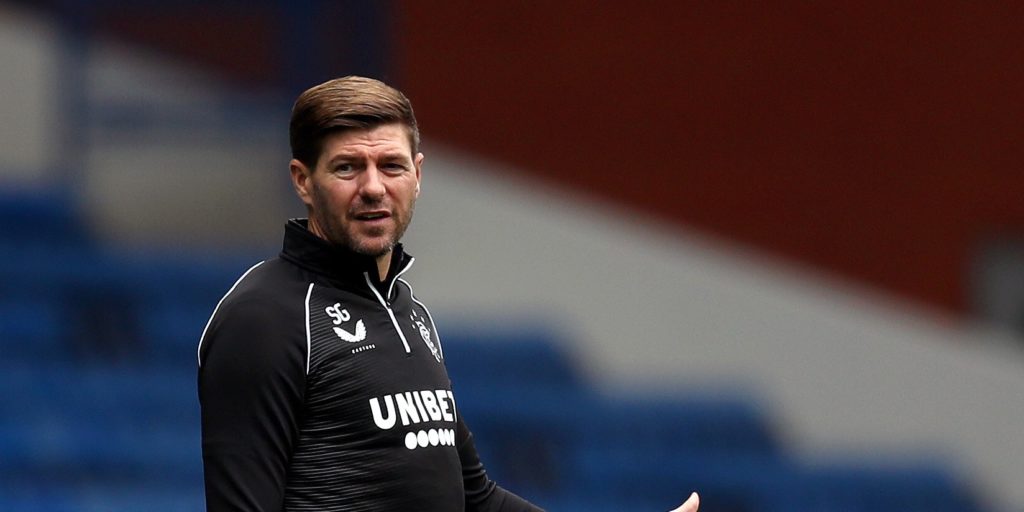 Rangers had a perfect pre-season.

Steven Gerrard has reiterated his committed to Rangers – but only after issuing a blunt warning to the Ibrox board that his side still do not have the strength they need to stop Celtic.

Bristol City have been reportedly targeting the Gers boss for the past week but the Englishman has left the Robins disappointed after insisting he is going anywhere.

Gerrard insisted his focus remains fully on his current job after watching the Light Blues maintain their blemish-free start to pre-season with a comfortable 2-0 win over English League One winners Coventry.

“I am content here, I’m happy,” he said. “My people haven’t heard anything from Bristol City, so I think it’s just paper talk and rumours.”

However, despite seeing his side net 10 goals without reply in their four public workouts – which included impressive wins over French big guns Lyon and Nice – Gerrard admits Rangers are still short of what is required to make a realistic bid for the Scottish Premiership title.

The Englishman has been given the funds to make Jermain Defoe and Ianis Hagi’s loan deals permanent, while Calvin Bassey, Jon McLaughlin and Leon Balogun have also arrived.

But Gerrard has urged chairman Douglas Park and the rest of the Gers directors to dig deep and find the resources that will enable him to put the brakes on Celtic’s charge for 10 in a row.

“We need more,” said the Ibrox manager. “I have told the club that, I’ve been honest and open with what I feel we need.

“We need to add players into the 11 to make us stronger and then, naturally, that will make the squad stronger.

“At the moment, we still need to get people in the door.”

The most pressing area of concern continues to be up front.

Alfredo Morelos again cut a frustrated figure against the Sky Blues as he failed to find the net for the fourth game running while Gerrard is still waiting for the results of a scan on the hamstring injury Defoe picked up against Motherwell last week.

“Normally with the hamstring and Jermain’s age, you’re looking at a minimum of two weeks but we’re not too sure just yet,” he said.

“That’s the one area that’s giving me a slight concern as we haven’t got enough numbers in that area.

“But we are actively looking to try to add in that area.”

Joe Aribo kept up his impressive pre-season form as he slotted Rangers ahead five minutes after the break, with Connor Goldson’s 67th-minute header sealing the win.

And Gerrard expects to see more from the Nigerian international, saying: “Wherever we play Joe he always tries to make things happen.

“He’s come back in a fantastic place. He’s come back fitter, he’s come back focused and all I ask is that he takes his pre-season performances into the season because if he does, he’s going to be a major help for us.”