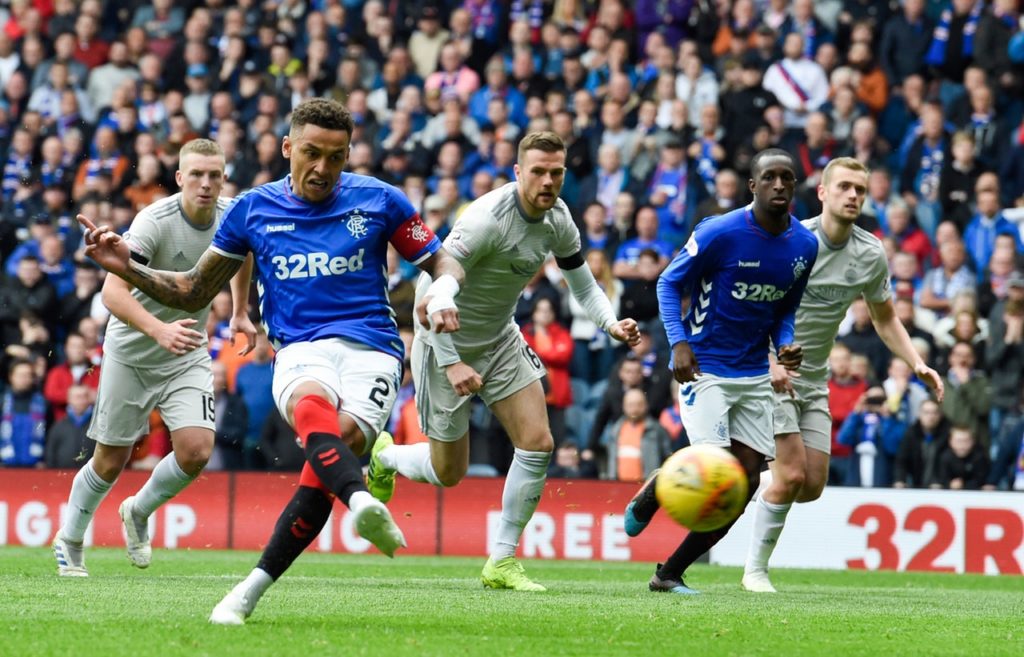 Rangers captain James Tavernier has reportedly emerged as a summer transfer target for one of his former employers, Newcastle United.

Newcastle boss Steve Bruce is keen to strengthen his squad during the summer window and there are reports he has set his sights on bringing Tavernier back to St James’ Park for a second stint.

The Rangers skipper spent six years on Tyneside from 2008-2014 before making the permanent switch to Wigan Athletic in 2015, where he spent one season before signing for The Light Blues.

During his time at Ibrox, the 28-year-old from Bradford has scored 46 goals and registered 73 assists in 241 appearances for the Gers – an impressive record given the fact he is a right-back.

Recent reports are suggesting Rangers are willing to sell Tavernier for a modest £4million, as Steven Gerrard looks to generate some funds to revamp his squad during the summer window.

With Javier Manquillo and DeAndre Yedlin’s future at Newcastle not assured, and Valentino Lazaro only on loan until the summer, Bruce is believed to be looking for reinforcements at right-back.

It is claimed the Magpies will make a bid although it remains unclear whether Tavernier will be interested in a return, having only made two Premier League appearances when he was at the club.

Aston Villa are also being linked with a move for the Rangers captain although a deal will largely hinge on whether Dean Smith’s men, who lost 4-0 against Leicester City on Monday, avoid relegation.

The Villans are sitting 19th in the standings and two points from safety with 10 games remaining.

West Bromwich Albion, who are on course to earn automatic promotion from the Championship this season, are another team that are keeping close tabs on Tavernier’s situation.

Slaven Bilic is said to be drawing up a list of potential transfer targets for the summer window and the right-back towards the top of the wish list.