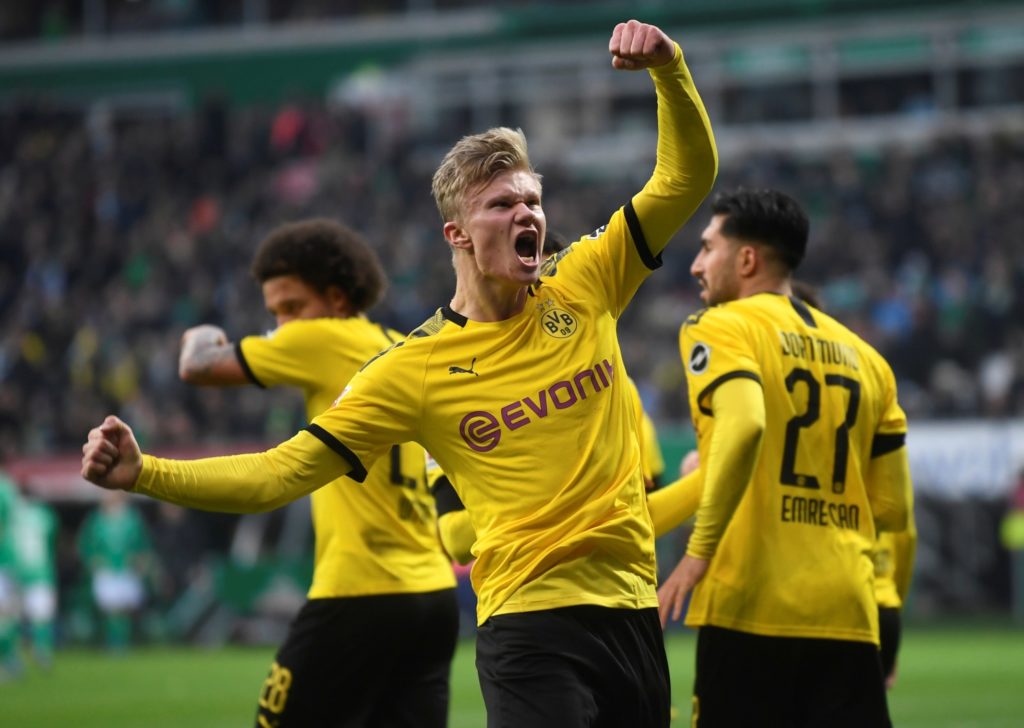 The 19-year-old striker arrived at BVB in January after scoring goals for fun at previous club RB Salzburg and he has continued in the same vein in the Bundesliga.

Add to that another in a DFB Pokal loss to Werder Bremen and it would be safe to say that the talented youngster has hit the ground running at Signal Iduna Park.

He appears to have the world at his feet and could be the man to replace Lionel Messi and Cristiano Ronaldo as a global superstar in the coming years.

He is a machine. pic.twitter.com/2Xj5NgqnyA

It is inevitable that some of the biggest clubs will come calling if his form continues and Saturday’s edition of AS suggests Los Blancos will bid 75m euros for the Scandinavian next January.

He does have a buyout clause in his Dortmund contract and Spanish outlet Marca appear to back up AS’s story that Real will move in 11 months’ time as Zinedine Zidane wants a new number nine.

Haaland was courted by a few clubs last month and made a somewhat surprising move to join Die Schwarzgelben, although it seems he made the right choice with regular game time and goals.

There will doubtless be other suitors in the near future but the pull of the Spanish giants will be hard to turn down if the reports turn out to be true.