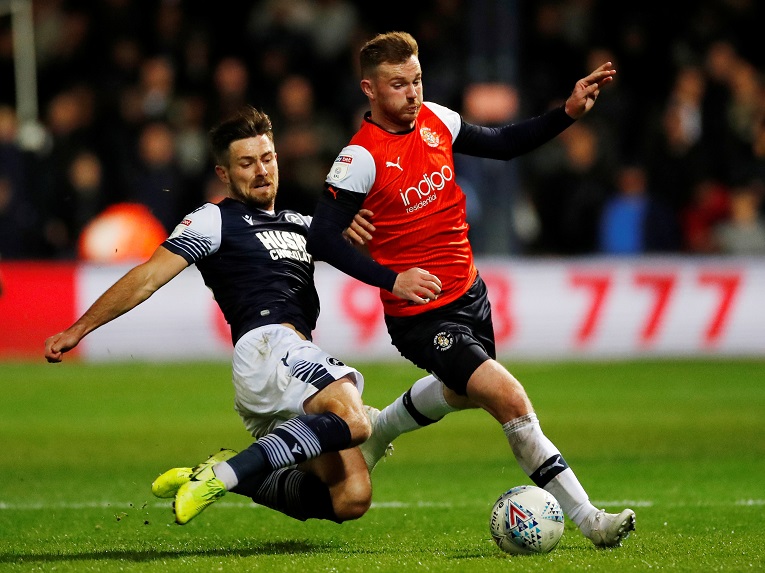 Millwall manager Gary Rowett has eased fears over Ryan Leonard as he says the midfielder was left out of last weekend's defeat as a "precaution".

Leonard, who joined Millwall on a season-long loan in August 2018 before his deal was made permanent in January 2019, had featured for the Lions from the bench in the previous two Championship outings prior to Saturday’s trip to Wigan.

However, when the matchday squad was announced, the English midfielder was a surprise omission and his absence was felt by the visitors, who lost 1-0 after Shaun Hutchinson put into his own net.

Supporters were fearful about the absence of Leonard, who has struggled with injuries since arriving at the Den, but Rowett has played down speculation claiming the 27-year-old is set for a long spell on the sidelines.

Responding to questions about Leonard, the manager revealed the midfielder was missing due to a slight hamstring strain and it was purely a precaution to leave him out of the squad for the DW Stadium trip.

Speaking to London News Online, Rowett said: “Lenny had a tight hamstring, he’s done well to get back and I felt he’d be a risk.

“He didn’t feel he’d be fully fit if he had to come on after 20 or 30 minutes today, so we decided to leave him out as a precaution.”

Millwall’s defeat has seen the club slip seven points behind sixth-place Preston North End in their pursuit for a play-off position and the Lions will be hoping to get back to winning ways when they play host to Birmingham on Wednesday night.