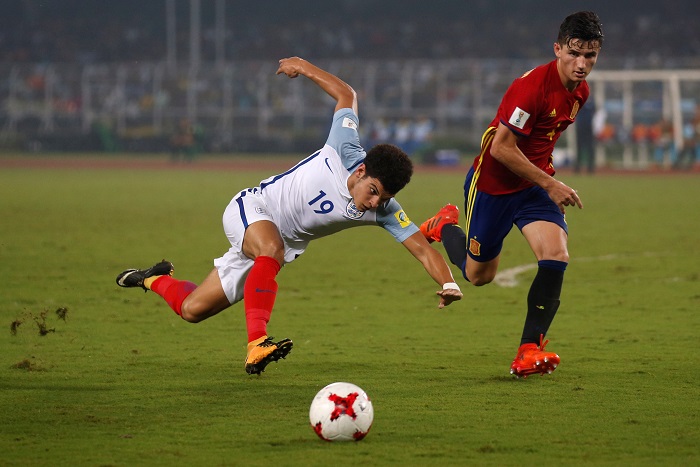 Spanish champions Barcelona are reportedly on the verge of agreeing a deal to sign Valencia defender Hugo Guillamon on a free transfer in the summer.

Barcelona are eager to revamp certain areas of their squad in the next transfer window and it is claimed the club’s sights are set on Guillamon, who is out of contract at the Mestalla in the summer.

The 20-year-old, who made his senior debut in Valencia’s clash against Real Sociedad at the weekend, has been tracked by the Catalans for some time and it is thought talks are progressing well over a switch to Camp Nou.

Although the former Spain Under-19 international is expected to start out with Barcelona’s B team, the reigning La Liga champions believe the defender can quickly made the step-up to the first team.

Barcelona, who are two points clear of rivals Real Madrid in the top flight, are expected to hand the L’Eliana-born star a long-term contract with reports claiming a six-year deal is on the table.

Valencia are believed to have done all they can to persuade Guillamon to stay put, but the lure to play for one of the biggest clubs in the world has proven too difficult for the defender to turn down.

It is thought the Spaniard will remain with Los Che’s first team until the end of the campaign as the club chase down a Champions League position.