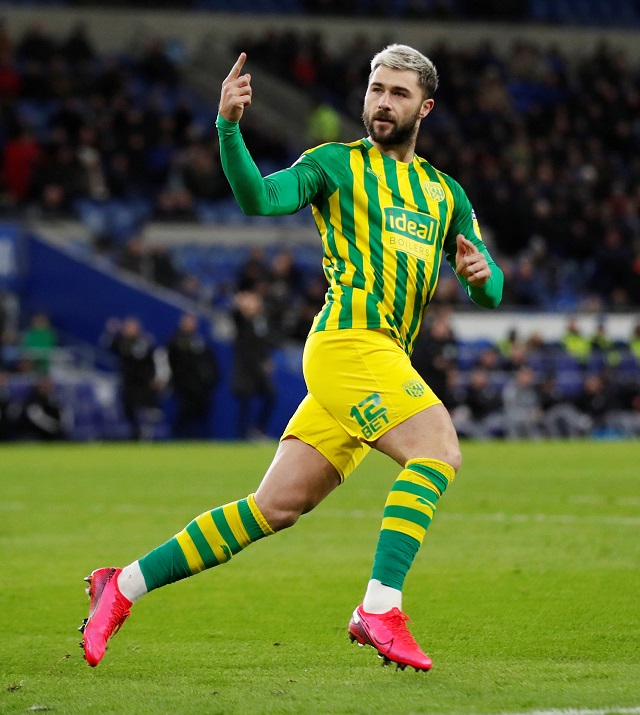 West Brom’s Charlie Austin has been contacted by the Football Association in relation to an expletive-laden Twitter tirade on Saturday.

The striker, who arrived at the Hawthorns from Southampton last summer, appeared to hit out at Saints fans in a string of tweets that have since been removed from the player’s personal profile.

Austin hit 20 goals for the south-coast side during two years at St Mary’s but this weekend saw him make fun of his former club’s support when two Saints supporters replied to his earlier retweet on the dangers of social media.

The FA is now said to be investigating the matter and has requested Austin offer them his observations.

In January 2019, Austin was handed a two-game ban after making gestures to Manchester City fans following his substitution in Southampton’s 3-1 defeat the previous month.

The 30-year-old has been a key part of the Baggies’ surge towards the Premier League this season, with his eight league goals propelling the West Midlands side to the top of the Championship ladder.

Albion are attempting to bury the ghost of last year after they crashed out of the Championship play-offs at the semi-final stage at the hands of eventual winners Aston Villa.

A late Nottingham Forest equaliser on Saturday, coupled with a controversial disallowed winner for Slaven Bilic’s men in added time, deprived them of the chance to open up a nine-point gap between themselves and the play-off places, currently occupied by Fulham, Brentford, Forest and Preston. Leeds United sit four points behind in second spot.

A Saturday trip to Ashton Gate to face seventh-place Bristol City is up next for Albion, who are currently without five-goal West Ham loanee Grady Diangana.

A hamstring issue will keep the 21-year-old out of contention and with Matt Phillips and Hal Robson-Kanu, both on seven goals for the season, drawing blanks of late, hopes will be pinned on Brazilian Matheus Pereira to carry them towards the finish line.