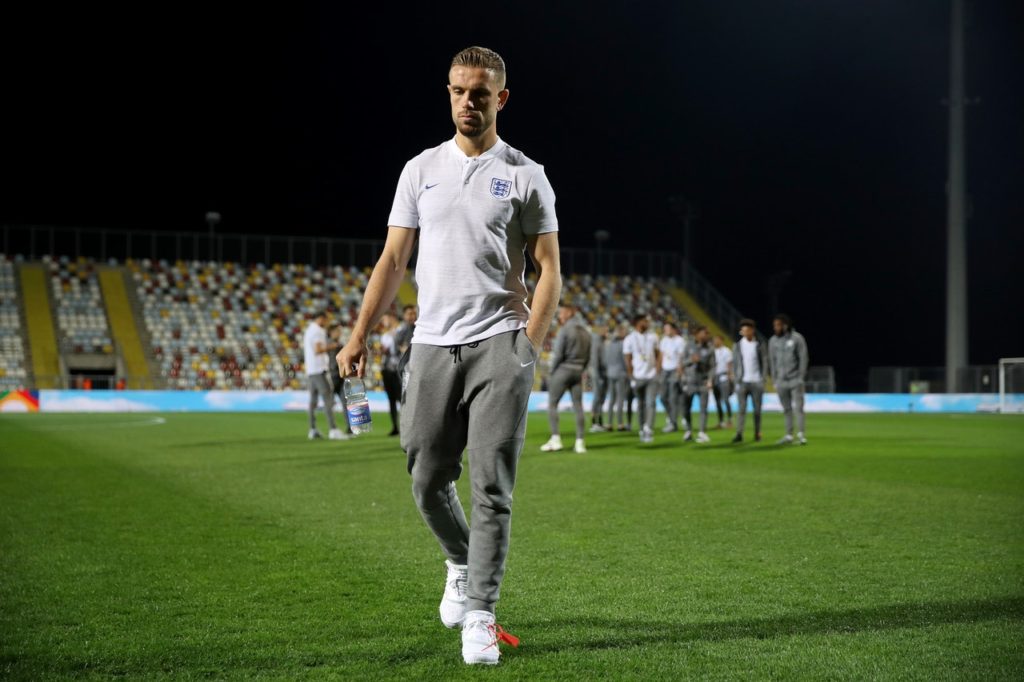 Liverpool midfielder Jordan Henderson has been named 2019 England Men’s Player of the Year.

The Liverpool captain’s exploits for the Three Lions over the calendar year has seen him rewarded with the personal accolade after he saw off competition from Manchester City winger Raheem Sterling and Tottenham striker Harry Kane, who were second and third respectively.
The midfielder played for Gareth Southgate’s side seven times during the year and won his 50th cap in March’s 5-1 victory in Montenegro last March.
The 29-year-old, who now has 55 caps in total, enjoyed a fine 2019 for both club and country as, after lifting the Champions League trophy for the Reds in June, he then featured heavily as England secured a third-place finish at the UEFA Nations League.
Henderson also helped the Three Lions seal qualification for UEFA Euro 2020 and, barring injury, will be part of Southgate’s squad for this summer’s continent-wide tournament.

The award, sponsored by BT, was first given out in 2003 and Henderson becomes the first Liverpool player to win it since Adam Lallana picked up the prize in 2016.
He said: “I’m very honoured and humbled to be named BT England player of the year. Even more so considering just how strong this England set up is. Thank you to everyone who voted.”
Henderson, who has now made 352 appearances for Liverpool in all competitions, scoring 26 goals, will be expected to feature for Jurgen Klopp’s side on Sunday when the runaway Premier League leaders host traditional rivals Manchester United at Anfield.
Klopp’s men are 14 points clear of second-placed Manchester City with a game in hand and Henderson has been integral throughout the campaign, making 17 league starts, scoring once.
Former Liverpool Women midfielder Lucy Bronze, who now plays her football in France for Olympique Lyonnais, was named as England’s Women’s Player of the Year.
Jordan Henderson
Share