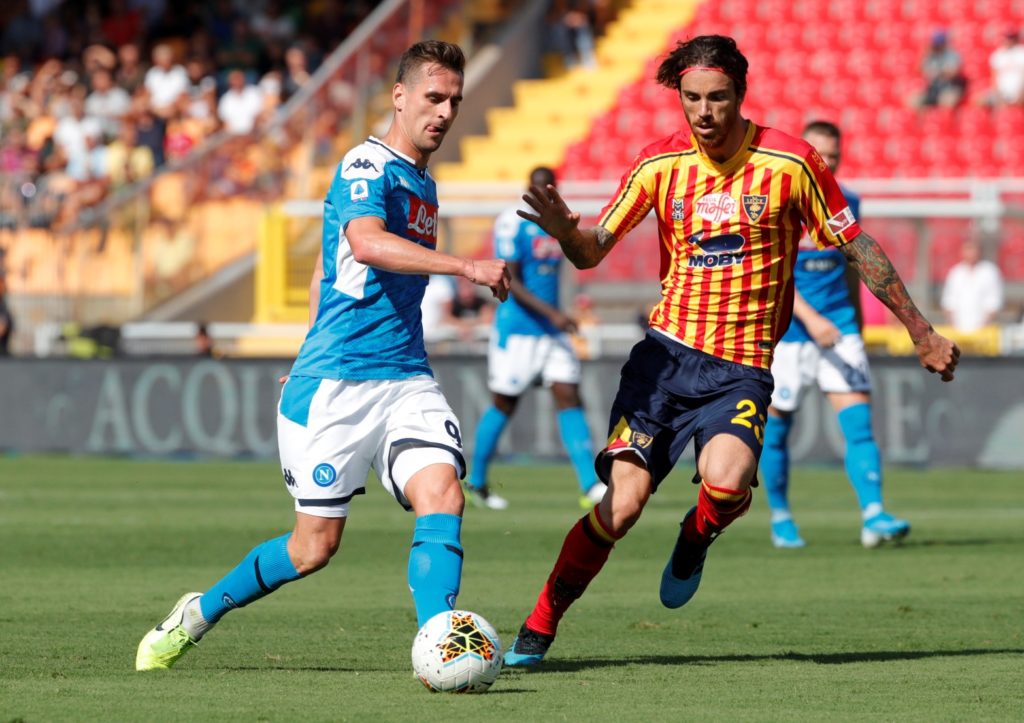 Lecce midfielder Andrea Tabanelli has joined Serie B side Frosinone on a permanent two-and-a-half year deal.

Lecce confirmed the transfer on their official website, Tabanelli joining the second tier outfit following two years at the club after talks were concluded between all parties.

The 29-year-old joined from Padova in January 2018 and made 54 appearances in all competitions, including 13 Serie A games this season, scoring once.

However, he has been allowed to move on and will hope to help Frosinone, who are currently sixth, into the play-offs in the second half of the campaign in Italy.

Tabanelli has signed a contract until summer 2022 and could make his Frosinone debut when they host Pordenone on Friday evening if he has been registered in time.

Reports say Lecce have targeted Yeni Malatyaspor midfielder Afriyie Acquah as Tabanelli’s replacement at the Stadio Via del Mare and are set to bring him in as soon as possible, with Giannelli Imbula also tipped to leave the club in the January transfer window.

If the Acquah deal is completed it will see the Ghana international return to Italy following previous spells with Empoli, Torino, Sampdoria, Parma and Palermo.

He has only been with Yeni Malatyaspor since last summer and has made 15 appearances in all competitions so far this term, managing three assists.

Lecce are 17th in Serie A, one place and one point above the bottom three, and lost 2-0 to Parma on Monday. Fabio Liverani’s side host Inter on Sunday.