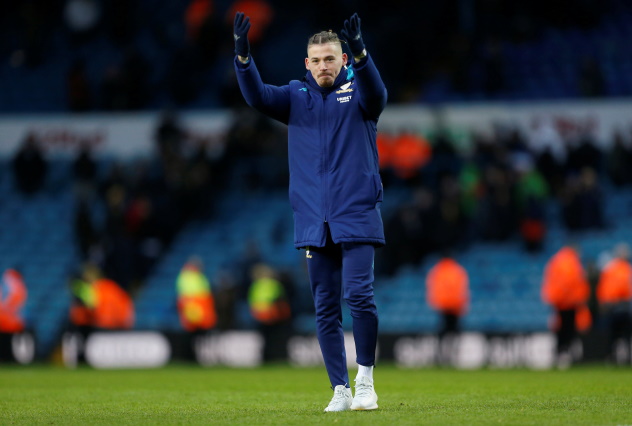 Former England defender Danny Mills has tipped Leeds duo Kalvin Phillips and Ben White to be included in the England squad for the next European Championships.

Next summer’s tournament was of course supposed to be played this year but has fallen foul of the coronavirus pandemic and will now take place next year instead.

Midfielder Phillips was tipped to make Gareth Southgate’s final squad this summer, such have been his performances for the Whites as they push for promotion to the Premier League from the Championship, but now Mills, a former Leeds player himself, says both Phillips and White should be in next year’s squad if Leeds are promoted.

Mills claims Phillips has been knocking on the door of international football for a while and in the absence of many challengers for a holding midfielder’s spot he should get the nod.

“Phillips has a big chance of making that spot his own in the England team, Mills told Sky.

“I think everybody appreciates that Kalvin Phillips is not a million miles away, and he might have been getting a call up.

“There isn’t a great deal of English holding midfield players at the moment in good form.”

Centre half White would appear to have a tougher job into England set-up but if he does he may not be a Leeds player when it happens as he is only on loan at the club for a season from Brighton.

His performances at Elland Road have attracted plenty of attention and it seems likely he’ll get his chance in the top-flight with the Seagulls next season. Mills believes that another campaign like the one he’s having could see him make the THree Lions squad.

“Ben White has been the best defender in the Championship this season,” said Mills.

“He has been superb, he is good on the ball, he’s a good defender.”

Southgate may well have been planning to have a look at the duo in this month’s friendlies but sadly they have gone the way of the rest of sport due to the pandemic.