Home On This Day On This Day: Spurs strike late to claim share of the spoils

On This Day: Spurs strike late to claim share of the spoils 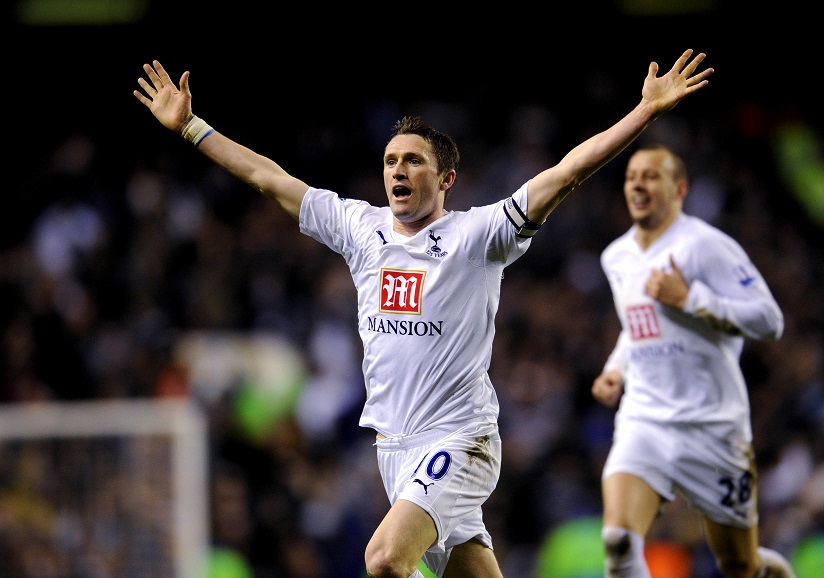 White Hart Lane was the venue for an eight-goal thriller back in 2008 as Tottenham Hotspur bagged a late equaliser in a 4-4 draw against Chelsea.

Just 23 days after Spurs beat Chelsea in the League Cup final, the two went head-to-head again in a magnificent Premier League encounter on March 19, 2008, but nobody could have predicted the kind of entertainment that was on show at White Hart Lane.

With just three minutes on the clock, former Ivory Coast international Didier Drogba opened the scoring for the Blues when nodding in from six yards out after John Terry clipped in a delightful cross.

Joe Cole did have the ball in the back of the net shortly after, but he was rightly ruled offside, and that let off appeared to spark the home side into gear as they brought the scores level in the 12th minute.

English midfielder Jermaine Jenas delivered a lovely freekick into the box from the right, allowing Jonathan Woodgate to rise highest and power a header past the despairing Carlo Cudicini.

Just eight minutes later, Chelsea were back ahead when Michael Essien poked the ball past Paul Robinson, and that strike was enough to send the visitors in at the break leading 2-1.

The Blues gave themselves a two-goal cushion on the 52nd minute when Joe Cole burst into the penalty area, fending off Pascal Chimbonda, before his effort flicked off the keeper and looped into the far corner.

Spurs managed to get back into the game just after the hour mark thanks to a brilliant header from Dimitar Berbatov, sparking huge celebrations from a White Hart Lane crowd that were getting restless.

After Robbie Keane twice went close to an equaliser, Tottenham did get back on level terms in the 75th minute as Tom Huddlestone rifled in a fierce strike from inside the penalty area, after the visitors had failed to clear their lines from a corner.

Chelsea looked to have snatched all three points when Cole grabbed his second of the game 10 minutes from time, bending a lovely strike into the top-right corner after a mistake from Chimbonda in the box.

However, there was a late twist in the tail when ex-Republic of Ireland international Keane curled a magnificent effort into the top-right corner after the ball had fallen kindly to him on the edge of the area.

It was a stunning end to an enthralling fixture as both teams walked away with a share of the spoils. Chelsea would end up finishing the season second, two points behind Manchester United, while Spurs were down in 11th.