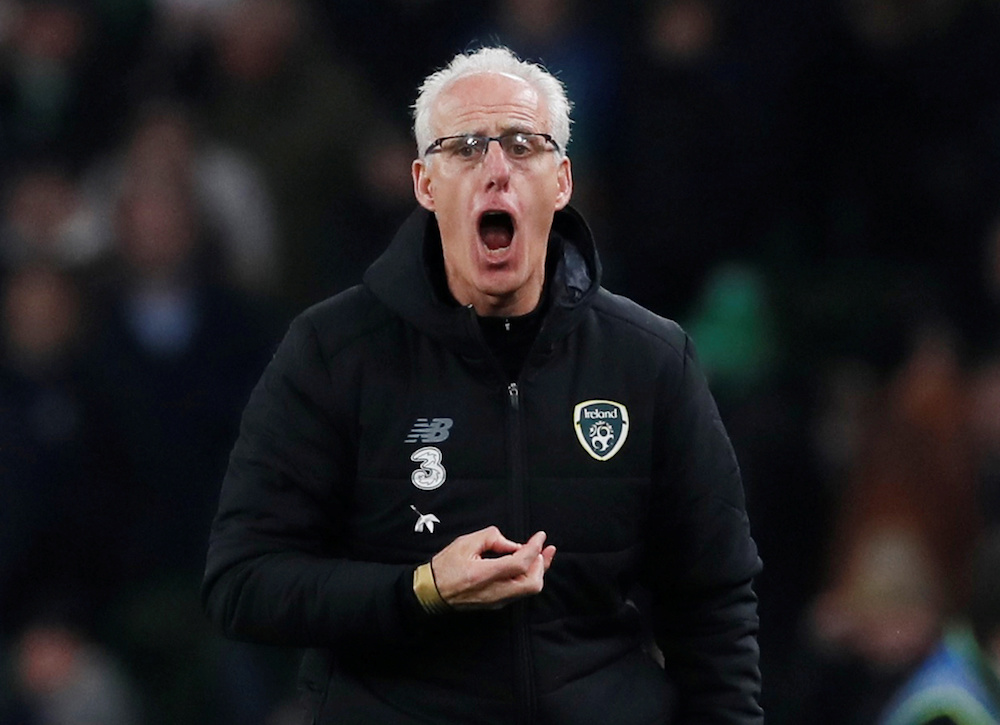 Republic of Ireland head coach Mick McCarthy has played down the possibility of handing any youngsters their chance in the Euro 2020 play-off against Slovakia.

The Republic will take the next step in their quest to qualify for this summer’s European Championships on 26 March when they travel to Bratislava for a one-off clash with Slovakia.

The winner of the Path B semi-final will take on either Northern Ireland or Bosnia and Herzegovina, again away from home, four days later for a place at Euro 2020.

McCarthy believes the Boys in Green will go on to qualify for the tournament should they beat Slovakia, such will be the momentum gained from the win, and already has a plan in mind when it comes to selecting his team.

The ex-Wolves and Ipswich boss has highlighted a few younger players currently making good impressions at their club sides, picking out Jayson Molumby, Jason Knight, Adam Idah and Troy Parrott as ones for the future of the Republic.

However, he quickly shot down the idea that any of the quartet will be featuring in Slovakia, claiming he views it as a game for those tried and tested at international level.

“Somebody could come right out of the pack and you go, ‘hold on’, and he knocks everybody out. But, it’s not really a game for (debutants). It’s a game for hard-nosed pros.”

McCarthy also went on to suggest that there would be minimal changes to his squad from their last competitive international outing against Denmark in November.

The 61-year-old acknowledges that the duo of Shane Long and James McCarthy have been performing well for Southampton and Crystal Palace recently, but indicated their lack of action in the Euro 2020 qualifying thus far will likely see them miss out on a call-up.