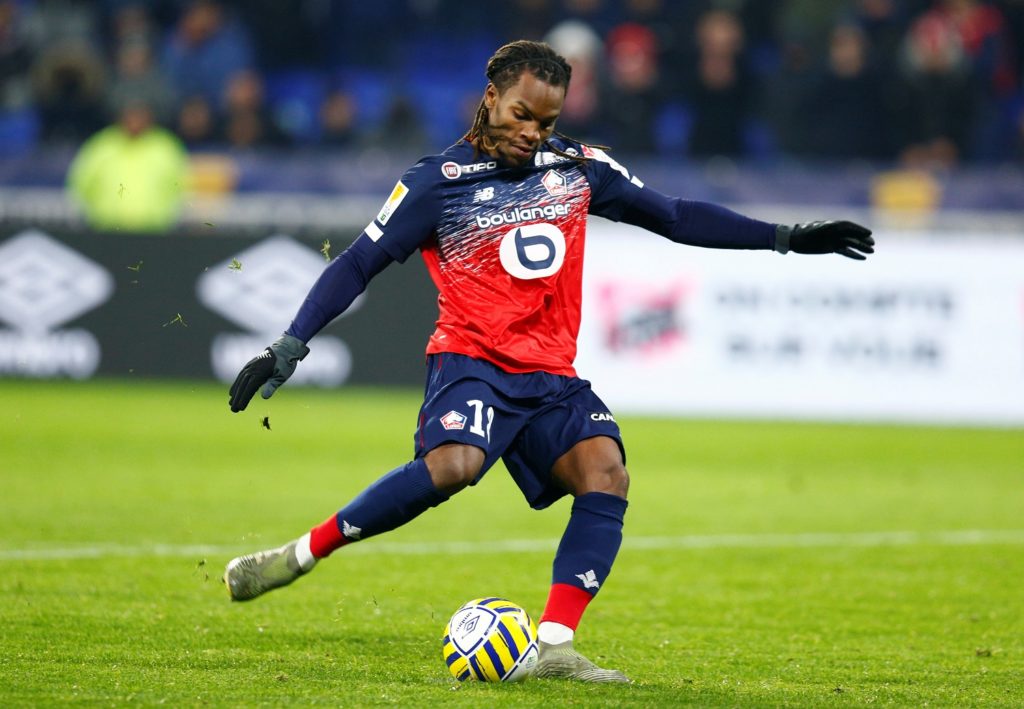 Renato Sanches says the strides he has made at Lille have convinced him that Les Dogues are the club where he can reach his potential.

Sanches burst onto the scene as a teenager at Benfica and came to the fore in playing a leading role in Portugal’s success at Euro 2016.

Those performances earned him a move to Bayern Munich but he struggled for minutes in Germany due to doubts regarding his tactical discipline.

A loan spell in the Premier League at Swansea was deemed a failure as the club went down in 2017-18 and after another tough campaign at the Allianz Arena, he and Bayern decided a change was required in the summer.

Lille were the willing recipients of his talents and he joined on a four-year deal in August.

Les Dogues have developed a reputation for taking young players who have struggled elsewhere and giving them the chance to recapture their confidence.

Sanches admits that his barren period saw him lose belief in himself but at 22, he still has time on his side.

A place at this summer’s European Championships is sure to be his target and having impressed in his 19 appearances under Christophe Galtier, the Amadora-born star believes the Stade Pierre-Mauroy is the perfect place for him to shine.

“I feel very good, I am very happy with my recent performances and above all, I am very happy to play football,” he told the club website. “I worked a lot to regain my level of play, my potential, as well as self-confidence.

“I want to continue to evolve and play well to offer a lot of fun to our supporters.”