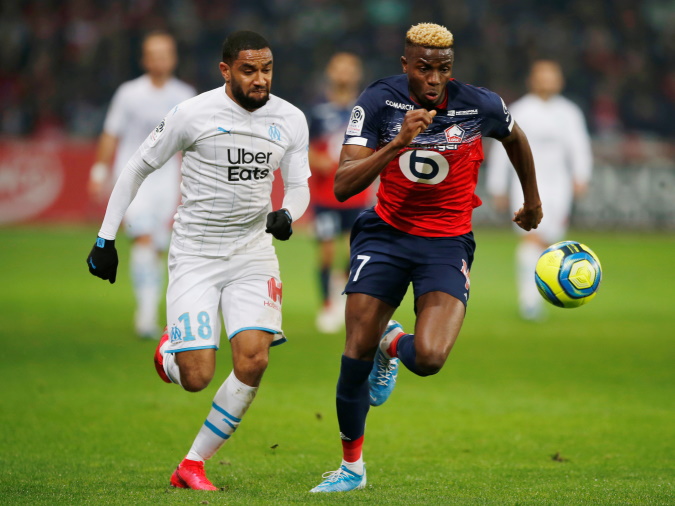 Lille president Gerard Lopez has claimed Victor Osimhen will still be at the club next season despite interest from some of Europe's biggest clubs.

The 21-year-old is wanted by both Real Madrid and Barcelona, while scouts from AC Milan, Liverpool and Tottenham have also watched him.

Osimhen started his professional career with Wolfsburg, where he failed to score in 12 appearances for the Bundesliga outfit.

A loan spell in Belgium with Charleroi kickstarted his career, with the Nigeria international grabbing 19 goals in 34 league appearances.

He joined Lille in July, and the forward remains under contract until the summer of 2024. Osimhen is valued at around £30million, according to reports, and Lopez believes he will develop more by staying with the Ligue 1 club.

Osimhen has scored 13 goals in 25 league matches so far, and he is the third-joint top scorer in the French top-flight alongside PSG’s Neymar.

With reports regarding his future multiplying by the week, Lopez has confirmed the interest, but he is confident the fan favourite will remain at the Stade Pierre-Mauroy for the next 18 months.

He told RTL, via Foot Mercato: “Osimhen will be at Lille next season. Afterwards, there are factors that I cannot control, such as the fact that a club arrives and offers a salary six or eight times higher than what we can offer.

“But I think that sometimes, it is better not to take a big salary and wait until next season.”

Osimhen has helped Lille climb into fourth in Ligue 1 this season, and they travel to Nantes for their next league game on Sunday. A win and a Rennes defeat will see Lille move back into the top three as they try to secure Champions League football.