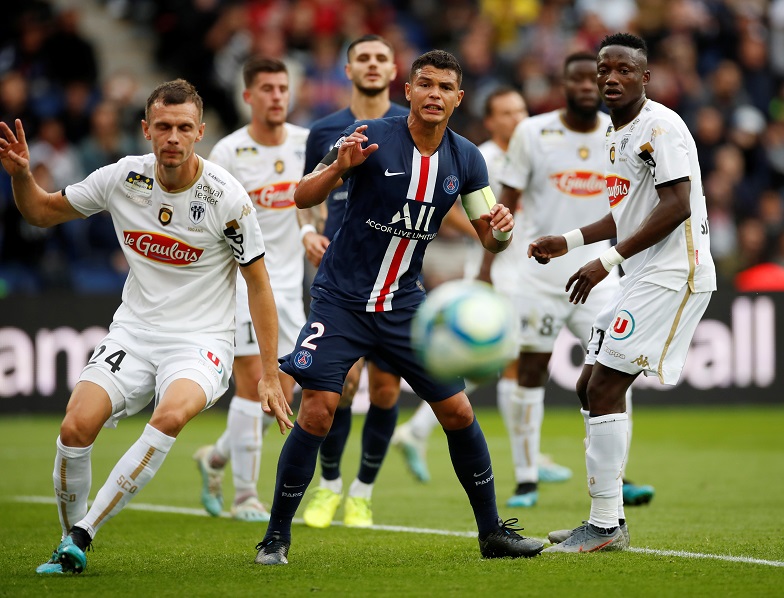 Thiago Silva's agent, Paulo Tonietto, has claimed his client has yet to sit down and discuss a new contract with Ligue 1 champions Paris Saint-Germain.

The 35-year-old is out of contract at the end of June, but neither party has indicated if they are willing to enter talks or an extension.

Silva first joined the club in 2012, and he has since made 304 appearances during his time in Paris.

The Brazil international first made a name for himself in the Serie A with Milan, with Silva winning the league title and Supercoppa Italiana in 2011. He has since won the Ligue 1 title on six occasions, but he has been unable to help the team deliver on the owner’s long-term aim of a first Champions League in the club’s history.

With Silva approaching the end of his career, PSG are eager to bide their time to make their approach and Tonietto says they would prefer to play on at the Parc des Princes.

Mbappe if he had to choose between VVD or Thiago Silva🗣: “I choose the monster (Thiago Silva). It has been at the highest level for 10 years. Van Dijk has a shorter history, starting at Liverpool. Thiago has great moments at Milan and PSG ” pic.twitter.com/FI9FKi9Ict

“No, at the moment there are no negotiations with Paris Saint-Germain,” Tonietto told Globesporte.

“He has already received offers [from outside the club], but I will not talk about other clubs because Thiago’s priority is to stay at PSG.

“Football is very dynamic. But at the moment the priority is PSG. We will wait for PSG. If they don’t approach us with an offer, though, it’s clear that we will listen to proposals [from other teams].”

PSG boss Thomas Tuchel could also lose Edinson Cavani this month, with the Uruguay international set to move to Atletico Madrid. The 32-year-old striker was also linked with Chelsea this month but like Silva, Cavani is out of contract in six months.

Atletico have so far failed with their previous bids, but Spanish publication Marca claims that Cavani’s agent had flown to Madrid to finalise a deal.