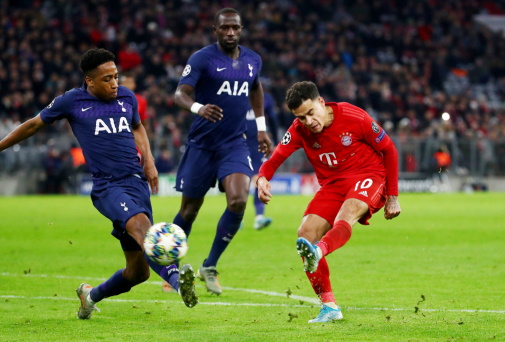 Southampton have confirmed the signing of full-back Kyle Walker-Peters on loan from Tottenham Hotspur until the end of the season.

The 22-year-old was also wanted by Crystal Palace this month, but the Saints have won the race after weeks of talks between the two parties.

Walker-Peters joined Tottenham as a youngster in 2013 and is now leaving north London outfit on loan for the first time in his career.

Having started the season in the plans of former Spurs boss Mauricio Pochettino, he’s slowly slipped down the pecking and his last display came away at Bayern Munich in the Champions League in December.

The Edmonton-born star has represented England from Under-18 to Under-21 level, and he says he cannot wait to learn under the tutelage of Saints boss Ralph Hasenhuttl.

He told the club’s official website: “On a personal note I’m just grateful for the opportunity I’ve been given by the manager and the club.

“I come here looking to help the club improve and improve myself. I just want to win as many games as possible and enjoy playing football. I had a chat with the manager, and he assured me I was the type of player he liked, and I got that feeling from watching Southampton that I could fit in well.”

Walker-Peters’ arrival will give Hasenhuttl another option in defence, with the highly-rated youngster able to play on both flanks.

He will now provide plenty of competition for the full-back spots and his chances could increase with Cedric Soares set to leave St Mary’s.

The Portuguese defender is on the radar of Arsenal, and the Gunners are eager to sign him on a six-month loan deal until the summer. Soares’ contract runs out in the summer, but Arsenal are willing to pay £5million for his services as Mikel Arteta looks for more competition with Hector Bellerin.

Cedric joined the Saints in 2015 from Sporting Lisbon, and he has made over 130 appearances for the club.

He is currently on the sidelines with a knee ligament injury, but reports suggest Arsenal are still willing to sanction the deal.