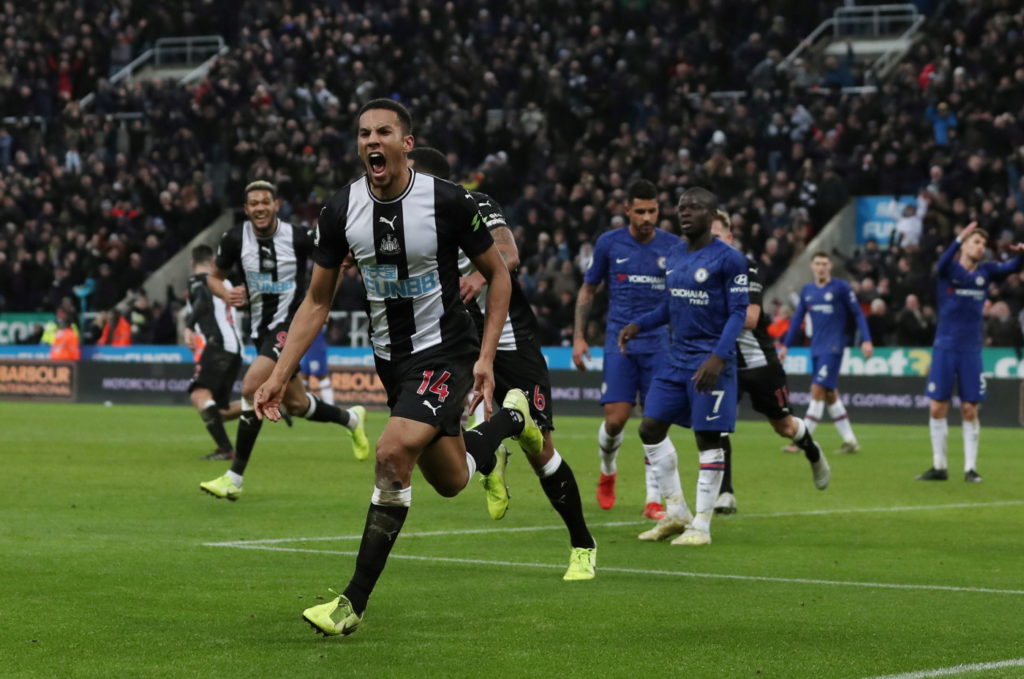 The match at St James’ Park appeared to be meandering towards a goalless draw but after Chelsea failed to deal with a Matt Ritchie corner, Allan Saint-Maximin helped the ball back into the box and there was Hayden to nod home the 93rd-minute winner – his first goal of the season.

It came against the run of play as Chelsea dominated for large parts but lacked a cutting edge, with Martin Dubravka having very little to do in the Newcastle goal.

The match actually started badly for injury-stricken Newcastle as they lost Jetro Willems to a serious-looking problem after just 10 minutes and the home crowd would have been forgiven for thinking it was not going to be their day when the luckless Joelinton then hit the bar with a powerful header.

For all of Chelsea’s possession, they struggled to create chances during the opening 45 minutes although Tammy Abraham did strike the woodwork, but only after the referee’s assistant had raised his flag for offside.

The second half continued in the same manner, with Abraham spurning a couple of opportunities, while Newcastle substitute Matt Ritchie hooked one particular effort from the England international off the line.

It began to feel like it wasn’t going to be Chelsea’s day and, just as they were starting to come to terms with only taking a point, Hayden stepped up to send the home crowd into delirium and hand the Magpies a much-needed victory.

The win has lifted Newcastle up to 12th in the standings, seven points clear of the bottom three, while Chelsea remain fourth although the gap between themselves and Manchester United could close significantly by the end of the weekend.