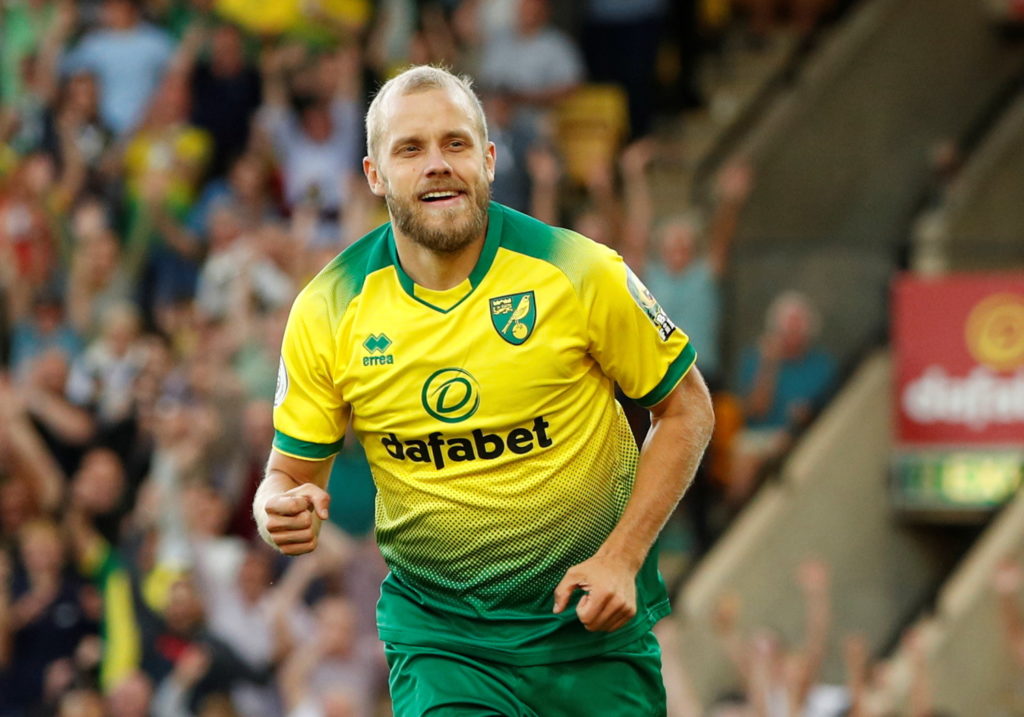 Bournemouth crashed to a 10th loss in their last 12 Premier League fixtures with a 1-0 defeat to rock-bottom Norwich City at Carrow Road.

Both relegation-threatened teams finished the match with 10 men – Steve Cook being dismissed in the first half and Ben Godfrey seeing red in the closing stages.

Norwich had early opportunities of their own and Teemu Pukki had a shot charged down before Jefferson Lerma blocked debutant Ondrej Duda’s strike.

Alex Tettey lashed a low drive off target before Norwich were awarded a penalty soon after the half-hour mark when Cook tipped Duda’s goalbound effort around the post. The Bournemouth player was sent off and Pukki fired his spot-kick past Ramsdale.

Buendia lashed a shot over the bar at the start of the second period before seeing his curling effort blocked by Simon Francis.

The visitors went close to grabbing an equaliser, only for Wilson to slip at the vital moment after being played in by Ryan Fraser.

Norwich continued to look dangerous and Pukki should have done better with a weak effort that was gathered by Ramsdale before the Cherries goalkeeper saved another shot by the lively Buendia.

The home team were also reduced to 10 men with 13 minutes remaining when Godfrey was shown a straight red card for a late tackle on Wilson as the Canaries managed to bring their nine-match winless run to an end thanks to Krul, who did extremely well to keep out Nathan Ake’s late header.